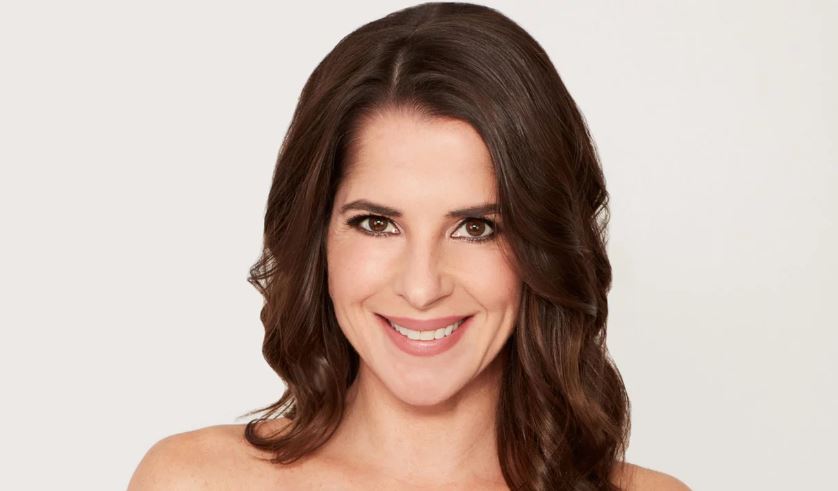 Kelly Monaco is a well-known actress, television personality and model from America who is best known for winning the first season of the reality dancing competition series “Dancing With the Stars”. She played the role of Sam McCall in the soap opera “General Hospital”.

Kelly Monaco was born on May 23, 1976, in Philadelphia, Pennsylvania to her parents Carmina Monaco and Albert “Al”. She has four sisters Carmina, Christine, Amber, and Marissa. Before starting her high school, she moved with her family to the Poconos.

Monaco went to the Pocono Mountain High School where she was learned acting. While studying in high school, she also worked as a lifeguard at a local resort in her hometown.

Later, Monaco attended the Northampton Community College, but after two years she dropped out of the college to pursue her acting career.

Monaco met Mike Gonzalez when she was in high school. They attended the community college together, and both of them also worked as a lifeguard at the same resort. After staying together for 18 years, they ended their relationship in 2009.

Kelly Monaco started her career in the year 1996 as a model for the Playboy magazine. The following year she was named the “Playmate of the Month” for the April edition. Later, she featured in many of their special edition publications.

Monaco made her acting debut in the television series “Baywatch” in 1997. She also worked as a body double of Carmen Electra several times. In the late 1990s, she did few small roles in television shows like BASEketball, Mumford, Idle Hands and others.

Monaco got her first major role in the television series “Port Charles” where she played the two roles, Tess Ramsey and Locke Morley. For the performance in the show, she was nominated for the Daytime Emmy Award in the category of “Outstanding Supporting Actress in a Drama Series”.

Monaco became a household name when she played the character of Samantha McCall in the soap opera “General Hospital”. For her work, she was again nominated for the Emmy Award for “Outstanding Lead Actress in a Drama Series”. In 2006, she was ranked thirteen in the list of “annual Hot 100 List” by the Maxim magazine.

As of 2022, Kelly Monaco has an estimated net worth of more than $5 million. She made most of the wealth by appearing in several television shows and movies. Some of the commercially successful television shows of her include Late Last Night, Port Charles, Spin City, Dirty Soap, The Edge of the Garden, Baby Daddy and others.

In 2009 Monaco was chosen by Donald Trump to become one of the judges in the Miss USA pageant. She also received a huge sum of money after winning the first season of the reality television competition “Dancing With the Stars”. Monaco owns a luxury apartment at the Planet Hollywood Resort and Casino.

Kelly Monaco is one of the most renowned television personalities in the United States. She has associated herself with several charities including “Feed the Children” which provides foods and other supplies to the unprivileged children.