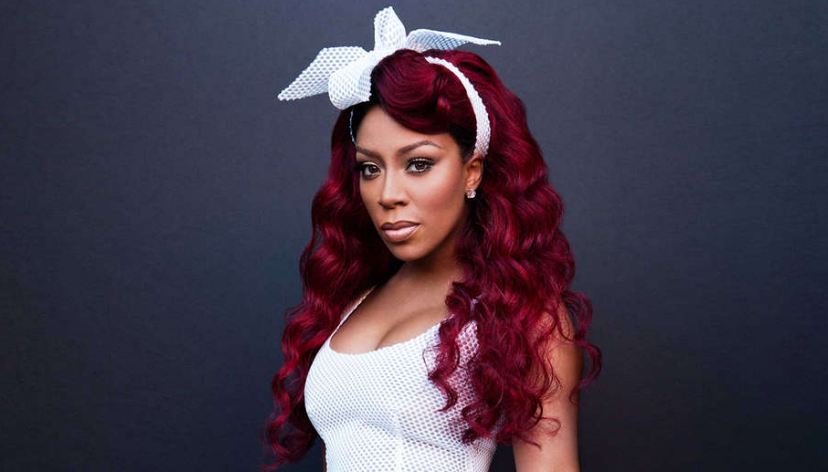 K. Michelle is a singer, songwriter, and a TV personality who became famous through her debut single Fakin’ It which also featured Missy Elliot. She claimed more recognition through her appearance in the reality TV show Love & Hip Hop: Atlanta in 2012. Her debut studio album was released in 2013 which won her the Best New Artist award at the Soul Train Music Awards.

Kimberly Michelle Pate was born on 4th March, 1986, in Memphis, Tennessee, the United States. She was trained in vocal by Bob Westbrook who was the trainer of famous singers Britney Spears and Justin Timberlake. After completing her high school, Michelle got a scholarship at the Florida A&M University and was crowned the Freshman Attendant when she was 18. Michelle was the college friend of the Basketball Wives participant, Royce Reed.

It is said that she took a break from a college as she was pregnant and continued her studies after the birth of her son in 2004. The father of her baby later married one of Michelle’s college mates. Michelle started to date Memphitz, an employee at the Jive Records during the initial stages of her career and later broke up with him as he was abusing her physically. She was then rumored to be in a relationship with J.R. Smith and later with Kastan Sims. She was criticized for her silicone butt implantation.

Michelle signed a deal with the Jive Records in 2009 which paved the way for the release of her debut single Fakin’ It which featured Missy Elliot. Post the success of her first single, Michelle released three singles Fallin’, I Just Can’t Do This, and How Many Times in 2010 which are all decent hits. While she was working for her debut studio album, her contract was terminated by the Jive Records in 2011.

In 2012, she appeared in the VH1 reality show Love & Hip Hop: Atlanta and left the show as she moved to New York. She featured in the 4th season of the show Love & Hip Hop: New York and signed a contract with Atlantic Records announcing that her debut album will be released in 2013. In May 2013, the album’s lead single VSOP was released followed by its music video in June 2013.

In the year 2014, Michelle released her 2nd studio album Anybody Wanna Buy a Heart, which made a sale of over 80,000 copies. The album was followed by More Issues than Vogue in 2016 and Kimberly: The People I Used to Know in 2017. She has received four nominations at the BET Awards and won the NAACP Image Awards as the Outstanding New Artist in 2014.

Her salary for appearing on TV shows is reported to be around $250,000 per episode. She recently bought a mansion in Atlanta which is said to be valued around $5 million. Her four debut albums, musical tours, and TV appearances account greatly to her estimated net worth of $2 million as of 2022.

Michelle is currently in the growth phase of her career, and with a lot of projects lined up, her net worth is expected to ascend in the future.