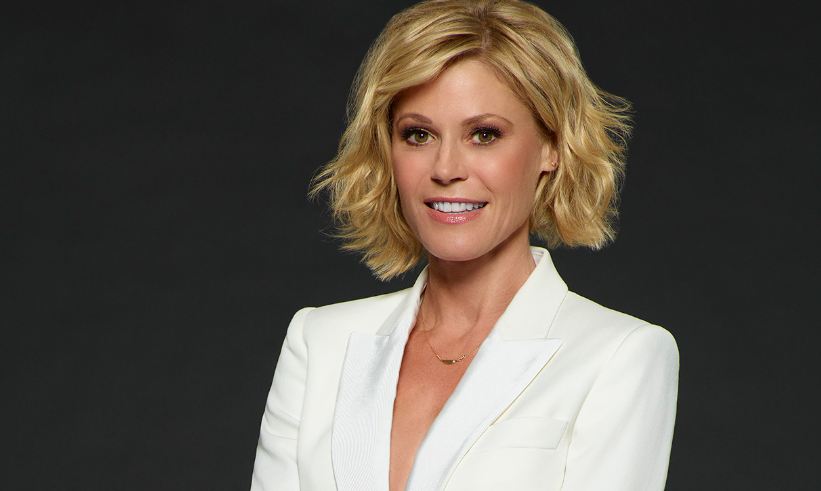 Julie Bowen is a popular personality known as an actress and model from the United States of America. She has gained popularity from various roles in series such as “Modern Family”, “Boston Legal” and “Ed”.

Julie Bowen Luetkemeyer was born on March 3, 1970, in Baltimore city in Maryland, United States. Her father John Alexander Luetkemeyer, Jr. worked in the property development, and her mother’s name is Suzanne Luetkemeyer. She has two sisters, Annie Luetkemeyer who works at the University of California, San Francisco as a doctor, and Molly Luetkemeyer who is an interior designer.

Julie Bowen studied at the Calvert School, Garrison Forest School and the Roland Park Country School which all are located in her hometown. She later studied Italian Renaissance at the Brown University after attending St. George’s School, both schools are in Rhode Island. Her acting education and training took place at The Actors Institute.

Julie Bowen has experienced marriage, relationship and had children. She had a relationship with the actor, stand-up comedian, writer and TV personality David Spade for less than a year. Julie Bowen married the software developer and the real estate investor Scott Phillips in 2004. They gave birth together to 3 sons, Oliver McLanahan Phillips, and twins John Phillips and Gustav Phillips.

In 2018, Julie Bowen filled for divorce from Scott Phillips. They are officially separated, but it’s not confirmed whether the divorce was finalized or not. Rumors came up about Julie dating the director, screenwriter, and producer Steven Levitan but that has been denied.

Julie Bowen started her acting career in the 90s. She starred along with Adam Sandler in a sports comedy film titled “Happy Gilmore” which is one of her most popular films. Throughout her career, she gained success for her work in series such as “Ed”, legal comedy-drama “Boston Legal” and the family sitcom “Modern Family”.

Julie Bowen has nearly 50 award wins and nominations. She has won a total of 2 Primetime Emmy Awards, 4 Screen Actors Guild Awards, a Gold Derby Award, a Critics Choice Television Award, among others. Most of the awards she won were for her role and performance in “Modern Family”.

As of 2022, The American actress and model Julie Bowen has an estimated net worth of over $20 million. Her income came mainly from acting in films and series, and some of it came from her modeling work. Julie Bowen salary per episode of “Modern Family” is $190 thousand making her one of the highest paid in the industry.

Julie Bowen is a well-recognized, creative and talented actress. She has reached over 50 films and series credited as an actress including her more recent ones. Julie Bowen separated from her husband Scott Phillips in 2018.