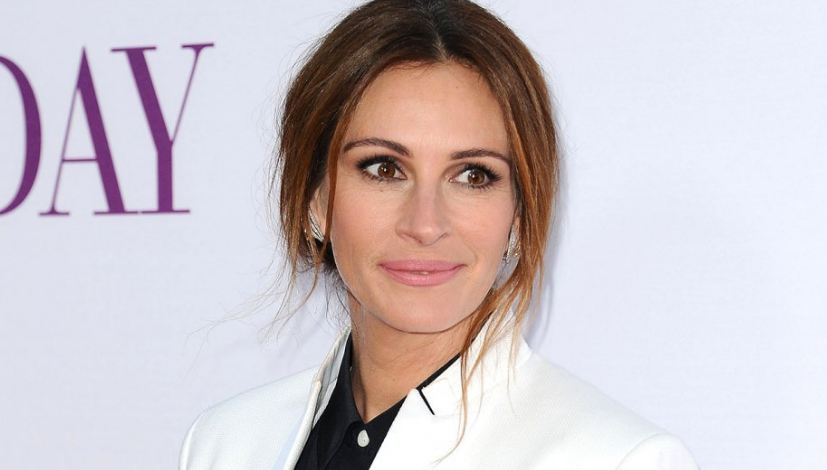 Who wouldn’t admire beauty with brains? Yes, we are talking about well known American actress, Beautiful and amazing, Julia Roberts who rose to fame through her film The Pretty Woman in 1990. The pretty actress has won numerous accolades in her career including Golden Globe and Academy Awards. She is considered to be one of the icons of the American film industry and has been named as the World’s Most Beautiful Woman for a record five times by the American Weekly Magazine People.

Julia Fiona Roberts was born on 28th October 1967, in Smyrna, Georgia, the United States to Walter Grady Roberts and Betty Lou Bredemus. Her mother was an actress herself and also an acting coach and their parents together ran an acting school for children in Decatur, Georgia. When she was a kid, Julia wanted to become a veterinarian and attended the Campbell High School. Though she attended the Georgia State University, she could not finish her graduation and later moved to New York and signed for the Click Modeling Agency.

Throughout her career, Julia was said to be in a relationship with various actors like Jason Patric, Liam Neeson, Kiefer Sutherland, Dylan McDermott, and Matthew Perry at various times. Her engagement with Sutherland ended up in a separation three days before their wedding. Julia married Lyle Lovett in 1993 and the couple divorced in 1995 after which she went on to date Benjamin Bratt. In 2002, Julia married cinematographer Daniel Moder and the couple had three children Hazel Patricia, Phinnaeus Walter Moder and Henry Daniel Moder.

Julia made her movie debut in 1988 with the film Satisfaction starring Liam Neeson and Justine Bateman. Though Julia appeared in few TV shows and movies after that, her first breakthrough came via Steel Magnolias in 1989 for which she won her first Golden Globe Award in the Motion Picture Best Supporting Actress category and her first Oscar nomination. In 1990, she acted in Pretty Woman and won the Golden Globe Award for the second time and also an Oscar Nomination. The movie grossed an amount of $464 million worldwide.

She was the highest paid actress all over the world during the 1990s with a whopping salary of $25 million for the film Mona Lisa Smile. She earned a salary of $20 million for her roles in Erin Brockovich and The Mexican respectively. In 2007, the value of her Green Mansion in Los Angeles was said to be around $30 million, and the value of her Manhattan Apartment in 2010 was $4 million. Her earnings for the years 2011, 2012, and 2013 are reported to be $20, $16, and $11 million respectively, and her current net worth is $220 million as of 2022.

Throughout her career, she has acted in many movies that were huge commercial successes. Her movies have collectively grossed above $2.8 billion so far making her one of the most successful actresses at the box office in the history of Hollywood. Some of her successful movies include Sleeping with the Enemy, The Pelican Brief, My Best Friend’s Wedding, Runaway Bride, Ocean’s 11, Ocean’s 12, Valentine’s Day, Money Monster, and Wonder.

For more than three decades Julia has prevailed as the queen of Hollywood and is considered as one of the most beautiful and talented actresses the country has ever produced. She is currently acting in the film Ben is Black with Lucas Hedges which is slated for release on December 2018.