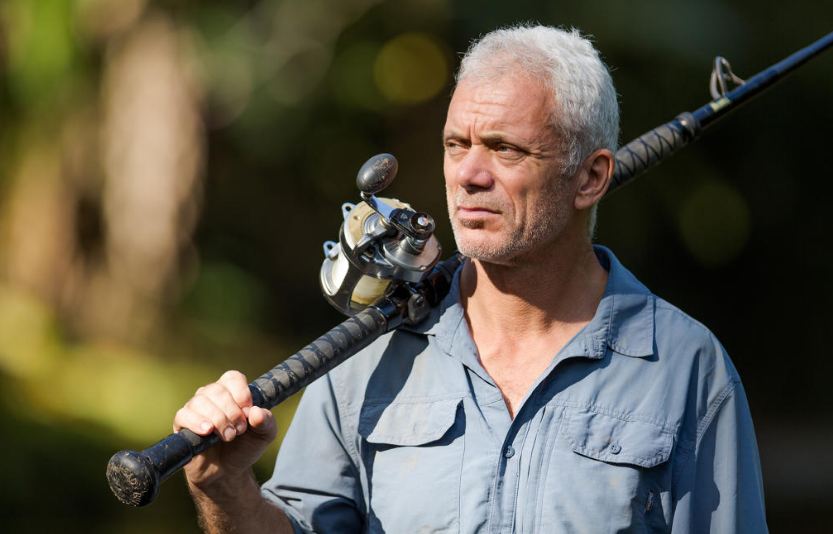 Jeremy Wade is a television presenter and an author from Britain. He is famous for the appearances in the series ‘River Monster’ and ‘Jungle Hooks’ that are aired on the Animal Planet.

Perhaps you know a thing or two about Jeremy Wade, however, how well do you know about him? For instance, how old is he? How about his height and weight, moreover his net worth? In another case, Jeremy Wade might be a stranger, fortunately for you we have compiled all you need to know about Jeremy Wade’s biography-wiki, his personal life, today’s net worth as of 2022, his age, height, weight, career, professional life, and more facts. Well, if your all set, here is what I know.

Jeremy John Wade was born in Suffolk, England, on March 23, 1956. His father was a vicar, and he grew up together with his brother Martin Wade in Nayland, England.

He started his schooling at Dean Close school. He later joined Bristol university and got a Zoology degree. He then became a secondary school teacher, and he taught Biology. He enrolled at the Kent University for his post-graduate degree in Biological Sciences.

Any information on Jeremy’s personal life is very scanty as he is very secretive and discreet. He is not married and has no children. There were even rumours on his sexuality. He has however kept silent on all allegations.

He has dedicated all his life to his work. He travels a lot around the world and has had numerous challenges. He once caught Malaria that almost killed him. He was also in a plane crash, and he has been detained many times on suspicion of being a spy.

Jeremy’s interest in fishing began when he was young. When he grew up, he travelled a lot for fishing. In 1982, he went to India, and when he got back to England, he decided to write about his fishing experiences. He wrote many articles since then.

In his journeys around the world in search of exotic fish, he visited India to catch and examine Himalayan Mahseer. It was here that the idea of starting a series struck him after he heard from locals that some people had gone missing in the river.

It got him curious and upon investigating, he found out it was a fish weighing 161 Pounds was behind the mysterious disappearances. He took the concept and launched ‘River Monsters’. He has travelled to different places like the Amazon and Congo rainforests for his show.

As an author, his first book ‘Somewhere Down the Crazy River’ was released in 1992. In 2011 he released another book titled ‘The River Monsters’. He was featured in the movies ‘Vampire of the Deep’ and ‘Blood Lake’.

He has not won any awards or nominations in his career. His amazing skill, however, has led him to star in films that have a lot of fishing involved.

As of 2022, This television personality has managed to garner a net worth $3.5 Million. This is mainly from his television presentations. His acting has also generated a good amount to his wealth. The sale of his books is also another source of his income. He is still active on his career, and his worth is bound to rise with time.

Jeremy Wade turned his passion for fishing into a successful career. He dedicated all his life to his work, and the results are well visible. His determination is commendable as he goes an extra mile to bring to us the best. We are always eagerly waiting for new adventures of Jeremy Wade.