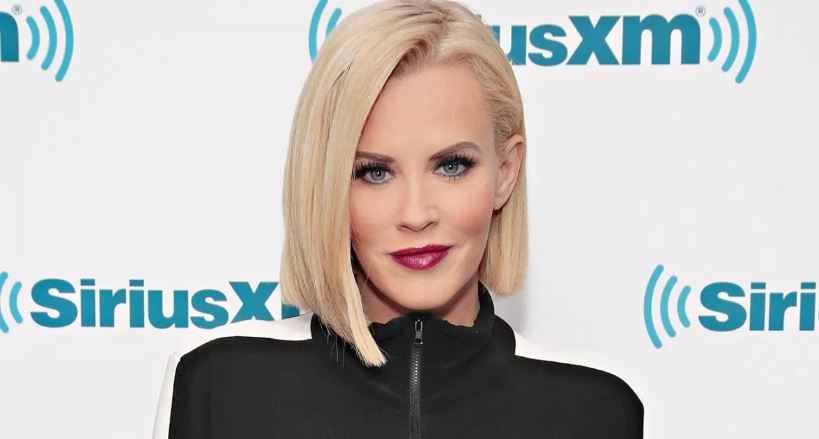 Jenny McCarthy, also credited as Jenny Wahlberg is an American actress, author and a screenwriter who rose to fame as a nude model for the Playboy magazine. She capitalized the fame she earned as a nude model and became a successful TV host which later paved the way for her to star in many television programs and films. McCarthy has also written books on parenting and has been an active person to create awareness on autism.

Jennifer Ann McCarthy was born on 1st November, 1972, in Evergreen Park, Illinois, the United States to Dan McCarthy and Linda McCarthy. Her father served as a foreman, and her mother was a homemaker. Jenny has three sisters namely Lynette, Joanne, and Amy among whom Joanne is a professional basketball player and her cousin sister Melissa McCarthy is an actress. Jenny attended the Mother McAuley Liberal Arts High School and later the Southern Illinois University.

In 1994, Jenny started to date Ray Manzella which came to an end in 1998, after which she fell for actor John Mallory Asher. The couple tied a knot in September 1999, and McCarthy gave birth to her son Evan Joseph Asher in 2002. Her son was diagnosed with autism in the year 2005, and the same year she got her divorce from John.

Though she began to date actor Jim Carrey in December 2005, it was publicly announced by them only in June 2006 after which the couple started to live together. In 2010, the couple announced their breakup and in 2014 McCarthy married Donnie Wahlberg after dating him for a year.

In 1993, Jenny applied for becoming a model for the Playboy magazine and was selected among 10,000 applications as they found her with unique qualities. She posed for the October edition of the magazine which earned her a bad name among her Catholic community. She was declared as the Playmate of the Year in 1993 and started to host Hot Rocks for the Playboy TV in 1994.

She got an offer from MTV in 1995 to co-host the show Singled Out and received huge acclaim for it. She also appeared in WWE WrestleMania XI the same year. She launched her sketch comedy show The Jenny McCarthy Show in 1997 on MTV and the same year she was signed by NBC to launch her second show, the sitcom Jenny.

She got her major break in movies through the film BASEketball in 1998 followed by the films Diamonds, Scream 3, and Scary Movie 3. She produced, wrote, and starred in the 2005 film Dirty Love directed by her then-husband John Asher which became a disaster earning her many Worst Awards at the Razzie Awards.

After acting in some and hosting many TV shows from 2005 to 2011, Jenny started to host the 2nd season of Love in the Wild in the year 2012 and posed for Playboy the same year as a celebration of her 40th birthday. Right now she is hosting two programs namely Wahlburgers and Donnie Loves Jenny.

Her salary for her first posing on Playboy was $20,000 which became $100,000 after she became the Playmate of the Year. In 1995, she was paid $500,000 for hosting on MTV, and her current salary is expected to exceed a million dollars. She has also acted in ads of Candie’s which also contributes to her current net worth of $16 million as of 2022.

Beyond modeling and acting, Jenny has also written nine books so far which clearly shows that she is multi-faceted. She also contributes a lot in creating awareness regarding autism and the ways the condition is being treated.