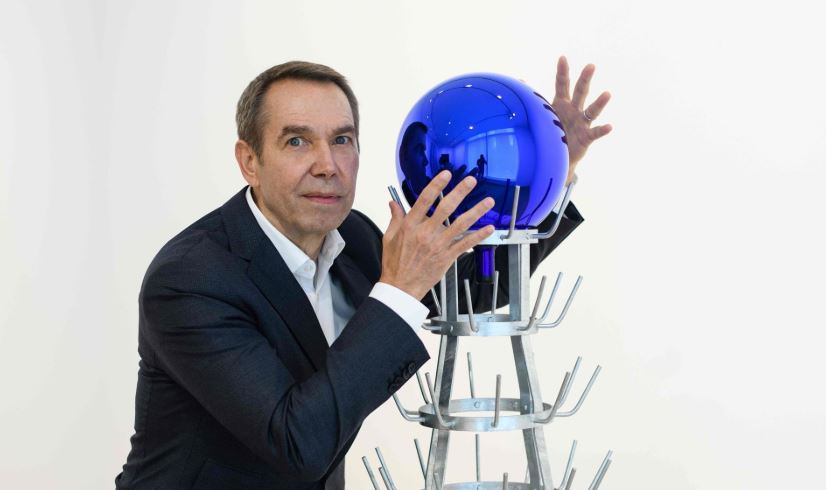 Jeff Koons is a famous artist from America who is best known for reproductions of banal objects like balloon animals made of stainless steel and for working with several popular culture subjects.

Perhaps you know a thing or two about Jeff Koons, however, how well do you know about him? For instance, how old is he? How about his height and weight, moreover his net worth? In another case, Jeff Koons might be a stranger, fortunately for you we have compiled all you need to know about Jeff Koons’s biography-wiki, his personal life, today’s net worth as of 2022, his age, height, weight, career, professional life, and more facts. Well, if your all set, here is what I know.

Jeff Koons was born on January 21, 1955, in York, Pennsylvania to his parents Gloria and Henry Koons. His father worked as an interior decorator and also owned a furniture shop while his mother worked as a seamstress. Jeff’s father used to place old-master paintings which were signed by his nine-year-old son near the window of the shop to attract some customers. As a child, he sold gift-wrapping paper and candies to earn pocket money.

He went to the School of the Art Institute of Chicago to learn painting and later attended Maryland Institute College of Art which is situated in Baltimore. After graduating from college, he started working at the Museum of Modern Art in the year 1977.

In 1980, Jeff got his stockbroker license and began selling stocks and mutual funds.

Jeff married Ilona Staller in the year 1991. The couple divorced in the year 1994. He is currently married to Justine Wheeler and has six children together.

Jeff Koons rose to prominence in the 1980s and later set up a studio in New York with more than 30 assistants. He created sculptures using inflatable toys such as inflatable rabbit in stainless steel which is currently owned by the Museum of Contemporary Art Museum in Chicago.

In 1986, he created the “Luxury and Degradation series” which was thematically centered on alcohol. Two years later Jeff created the “Michael Jackson and Bubbles” which is a series of three life-size gold-leaf made in porcelain statues along with his pet chimpanzee. One of them was sold to the multinational corporation Sotheby’s for $5.6 million.

In 2000, Jeff designed his second floral sculpture “Split-Rocker” which was made of geotextile fabric, soil, an internal irrigation system and stainless steel. It was first shown at the Palais des Papes in France.

Jeff has received several awards in his career including the BZ Cultural Award in 2000, Skowhegan Medal for Sculpture in 2001, Wollaston Award in 2008, the U.S. State Department’s Medal of Arts in 2013 and many more. In 2017, he received the “Honorary Membership Award” in the category of Outstanding Contribution to Visual Culture from the University of Oxford.

As of 2022, Jeff Koons has an estimated net worth of $230 million. Jeff’s Balloon Dog (Orange) was sold for $58.4 million at Christie’s Post-War and Contemporary Art Evening Sale in New York City. It was named the most expensive work by a living artist to be ever sold at an auction. In 2007 his sculpture “Diamond (Blue)” was sold for $11.8 million at an art auction. In 2010, Jeff bought a 10,000-square-foot mansion in New York for $20 million. He also donated more than $50,000 to the super PAC “Correct the Record” who was supporting Hillary Clinton’s presidential campaign in 2016.

Jeff Koons is one of the renowned artists in the world whose work is considered as significant art-historical importance. He also supports several nonprofit organizations including the Hereditary Disease Foundation, the International Centre for Missing & Exploited Children and others.