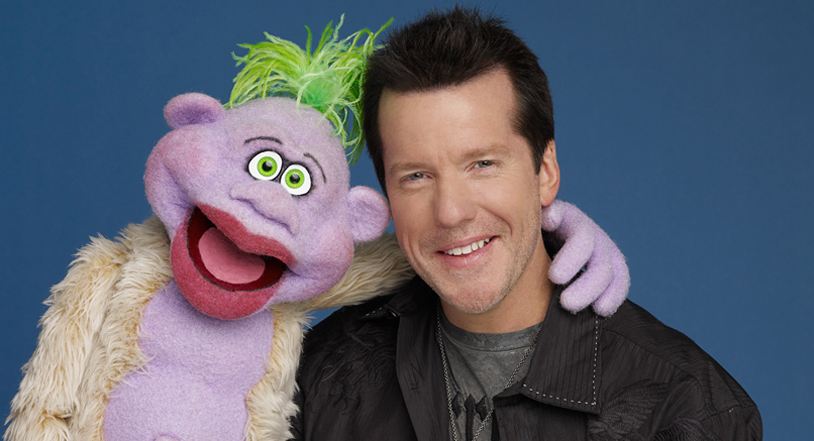 Jeffrey Dunham, better known as Jeff Dunham, is the world’s richest ventriloquist and comedian. He is an American and has appeared in several television shows on Comedy Central and other shows like The Tonight Show. He is widely appreciated for reviving and promoting the art of ventriloquism. Some of his shows and videos are amongst the most watched ones. He holds a Guinness Book of World Records record for the maximum number of tickets sold for a stand-up comedy tour while performing in 386 venues.

Perhaps you know a thing or two about Jeff Dunham, however, how well do you know about him? For instance, how old is he? How about his height and weight, moreover his net worth? In another case, Jeff Dunham might be a stranger, fortunately for you we have compiled all you need to know about Jeff Dunham’s biography-wiki, his personal life, today’s net worth as of 2021, his age, height, weight, career, professional life, and more facts. Well, if your all set, here is what I know.

Jeff Dunham appeared on this planet on April 18, 1962, at Dallas, Texas. At the age of three months, he was adopted and raised as the only child by Howard Dunham, who was in real estate business and his wife, Joyce. He grew up in an affluent Dallas neighbourhood.

In 1970, at the age of eight, Jeff started practising ventriloquism, when he received a ventriloquist dummy as a Christmas gift. When he reached the sixth grade, he began to attend every year in the annual event for ventriloquist in Fort Mitchell, Kentucky.

Jeff started performing during his teenage years at school, church, and banquets attended by local celebrities. In 1975 at the age of 14, Dunham made his television debut and later did ads for car dealerships when he was in high school.

In 1980, Dunham graduated from high school and took admission for a degree in Communication from University of Baylor. He also performed around the country and did around 100 shows a year for corporate customers and earning around $70,000.

Dunham met his first wife, Paige Brown in 1992 and married her in May 1994. He also adopted her one-and-a-half-year-old daughter, Bree. Later, the couple had two daughters Ashlyn and Kenna. In November 2008, he filed for divorce.

In 2009, he got into a relationship with Audrey Murdick, and in October 2012 they got married. In 2015, the couple became parents to twin boys, James Jeffrey and Jack Steven.

In 1985 he got a break with the Broadway show Sugar Babies. He graduated in 1986 and continued his acts adding a variety of characters. In 1988, Dunham relocated to Los Angeles, California and began performing in clubs.

In 1990, Dunham and his character Peanut appeared on The Tonight Show. He also appeared in small roles on TV. But by the mid-1990s, his television appearances and his stage audiences reduced. He again started performing in clubs with more than 200 appearances in a year. At the American Comedy Awards in 1998, he was voted as the Funniest Male Standup.

In 2003, Dunham made his appearance on Comedy Central. Later another show Arguing with Myself was telecast by Comedy Central in 2006. This show got a viewership of over 2 million viewers and sold an equal number of DVDs. Next year Dunham was seen with his characters in a movie called Farce.

In YouTube, his video with the dummy called Achmed who was made to be a dead terrorist turned out to be a big hit with viewers and got over 150 million views. On YouTube, it reached the rank of the ninth top video. This made Dunham popular all over the world including France, Denmark, China, South Africa, Australia etc.

Dunham’s special show on Christmas was telecast in November 2008, on Comedy Central. It got almost 7 million viewers which were one of the highest. He also started his performances in front of large audiences of about ten thousands of people. Dunham refined his acts to reach viewers seated at the farthest distance.

His music album for Christmas, his first, was also released. It contained a parody by Achmed which was titled Jingle Bombs. Dunham was seen in a guest appearance on NBC’s sitcom 30 Rock, and in a show on Disney Channel, besides appearing in a comedy.

In 2014 Country Music Television telecast Achmed Saves America, which was an animation movie. The next special show, Dunham’s seventh, was aired by NBC in 2015.

Jeff Dunham had sold over five million DVDs and $20 million in sales from his merchandise. His YouTube channel had accumulated more than 500 million views and the video of Achmed the Dead Terrorist was ranked as number nine top video. His special Christmas show was the topmost show in terms of viewership in Comedy Central, and about half a million DVDs were sold in a fortnight.

Dunham was the third highest-paid comedian in the US. It was also revealed that he earned about $30 million in a year. The net worth of Jeff Dunham is close to $180 million as of 2021.

Jeff Dunham has excelled in the unique profession of ventriloquism through his single-minded dedication and efforts. From a humble beginning, he rose to the coveted spot of being America’s top comedian. Despite several hurdles and setbacks, he faced in his career, he continued to strive harder to reach to the top and ultimately succeeded in becoming the top ventriloquist in the world.