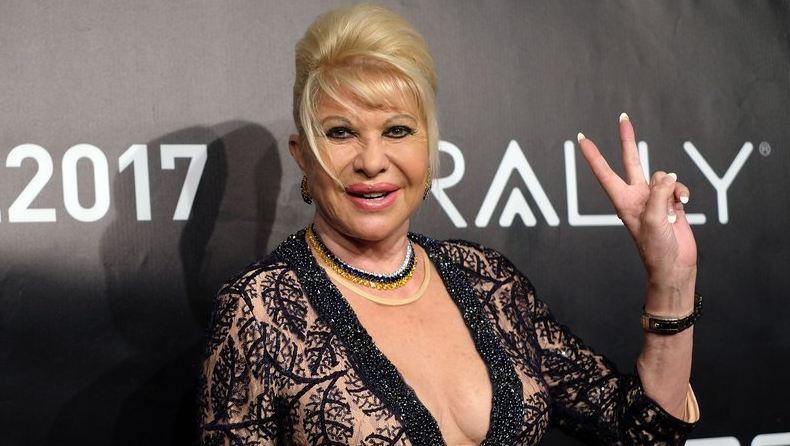 Ivana Trump, as the second name suggests was the wife of the current President of the United States, Donald Trump. She was a model before her marriage with Donald Trump and later became a businesswoman and a writer. Ivana gained much limelight after her divorce with Trump, and she even got a settlement of $20 million from him.

Born on February 29, 1949, in Zlin, Czechoslovakia, Ivana Marie Zelnickova the daughter of Milos Zelnicek and Marie Francova was a skilful skier when she was young, and it is said that she was selected as an alternate to represent Czechoslovakia in the 1972 Winter Olympics. Ivana attended the Charles University in Prague which groomed her skiing skills and helped her specialize in downhill and slalom. However, the Czechoslovak Olympic Committee in 1989, gave an interview that there are a lot of inquiries about Ivana, but there exists no such person in their records.

Ivana Trump married Austrian businessman Alfred Winklmayr in 1971 and moved to Canada in 1972. Their marriage was dissolved in 1973 and Ivana started to date George Syrovatka staying in Canada. She met Donald Trump when she came to New York in 1976, and the two began to hang out together and became famous within the New York’s elite society. Donald and Ivana got married in April 1977, and the couple has three children Donald Trump Jr. Ivanka Trump, and Eric Trump.

Ivana divorced Donald Trump in 1992 and went on to marry Riccardo Mazzucchelli in 1995. They divorced in 1997 and Ivana even sued Riccardo for violating the prenuptial agreement. At the age of 59, Ivana married Rossano Rubicondi at the Mar-a-Lago estate in a wedding hosted by Donald Trump. Though Ivana filed a divorce from him in 2009, the couple is often seen together in public until now.

During her days in Canada, Ivana did modeling for many top fur companies, and she was sent to New York to promote the 1976 Olympic Games which was about to be hosted by Montreal, Canada. After her marriage to Trump, Ivana became the vice president of the Trump Organisation and played a major part in the design of the Trump Tower. She later became the president of the Trump Castle Hotel and Casino and assisted Donald Trump in his various business ventures.

After her divorce from Donald Trump, Ivana started many clothing lines, produced fashion jewelry and beauty products from her $20 million settlement from Trump. She also ventured into writing and released her first novel titled For Love Alone in 1992. She went on to release Free to Love in 1993, and The Best is Yet to Come: Coping with Divorce and Enjoying Life Again in 1995. She even wrote a relationship advice column in Globe for fifteen years from 1995 to 2010.

Ivana bought 33% of shares of a Croatian newspaper in 1998 and founded her lifestyle magazine Ivana’s Living in Style in 1999. She launched her autobiography Raising Trump in 2017 that speaks about her life with her children. Apart from writing and business, Ivana has also hosted the reality show Ivana Young Man in 2006, and also contested in the 2010 UK’s Celebrity Big Brother.

Taking into account all of her above-mentioned businesses and other sources of income, her net worth is $70 million as of 2021. It is to be noted that she got a $20 million as divorce settlement from Trump and also sued her third husband Riccardo for $15 million as he breached their terms of marriage.

Ivana is considered to be a very strong woman mentally, and she has raised her children, the same way as she is. Though there are many controversies surrounding her, she has always fought against them and stood tall eliminating all odds which deserve a special appreciation.