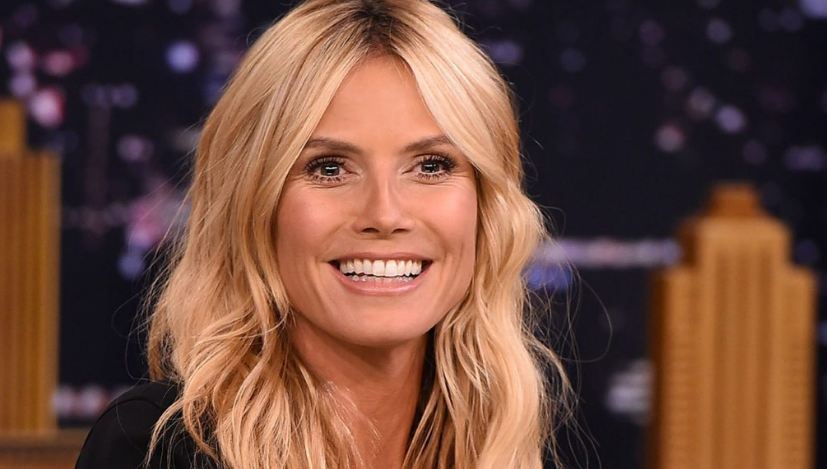 Heidi Klum is a model and a television personality from Germany. She is known to be the first German model to be a Victoria’s, Secret Angel. She is also an actress, fashion designer, television producer, an author and a businesswoman. Currently, she is a judge in ‘America’s Got Talent.

Heidi Klum was born in Bergisch Gladbach, Germany on 1st June 1973. Her father Gunther Klum worked in a cosmetic company and her mother Erna Klum was a hairdresser. She has a brother named Michael. While still at school Heidi enrolled in a national modeling contest ‘Model 92’ and she won. She was offered a modeling contract by Metropolitan Models New York. She took it later after completing school.

Klum married Ric Pipino, a stylist in 1997 but they later divorced in 2002. She started dating Flavio Briatore in March 2003 and later that year she announced her pregnancy. They later broke up and Klum got together with a British musician Seal. Her first child was born in May 2004.

She got engaged to Seal in December 2004 and married him on May 10, 2005, in Mexico. They sired three children together, two boys and a girl. After seven years of marriage, the couple separated in January 2012 and finally divorced on 14 October 2014. Heidi Klum is currently romantically involved with Tom Kaulitz who is a guitarist.

Klum owns a signature line of sandals as well as her own customized jewelry and beauty products. As a fashion design, she also has her own line of clothing that is doing well.

Klum Heidi is a philanthropist, and she worked with the Red Cross after Hurrican Sandy. She has also assisted in raising over $5,000 for a Los Angeles hospital.

Heidi has featured on many magazines. They include; Vogue, Sports Illustrated, Glamour, Harpers Bazaar, Instyle among others. She has been the host of the Victoria’s Secret Fashion Show on many occasions.

In 2004 she became the host and a judge of the reality show ‘Project Runway’. She also appeared on ‘ The Life and Death’ movie in the same year. Klum appeared on ‘Blow Dry’, ‘Sex and the City’, ‘Cursed’ and ‘Spin City’. In 2001 she starred in the ‘Zoolander’ movie. She wrote a book ‘Heidi Klum’s Body of Knowledge’ in 2004. She also wrote articles for the Die Zeit newspaper and her paintings has appeared on many magazines.

As a singer, Klum did the song ‘Wedding day’ with her ex-husband Seal. She has also done another one called ‘Wonder Land’.Klum joined ‘ America’s Got Talent as a judge in 2013 to date.

She was nominated for German Tv Award for hosting ‘Germany’s Next Top Model’. In 2014 she won the Crystal Cross Award. Klum also won the Peabody Award in 2008 for ‘Project Runway’. She was also nominated for Online Film & Television Association Award and the Teen Choice Award.

As of 2022, The supermodel is worth $110 Million. This has accumulated from the several endeavors she has undertaken through her career. She has modeled for top brands and has many endorsement deals. She also owns a line of beauty products. She also gets a large amount from producing various shows.

Heidi Klum started her modeling career at an early age and has become super successful. She did not limit herself and took other careers along the way and they have all picked over the years. Today her popularity is the beyond borders, and she has more in store for her fans.