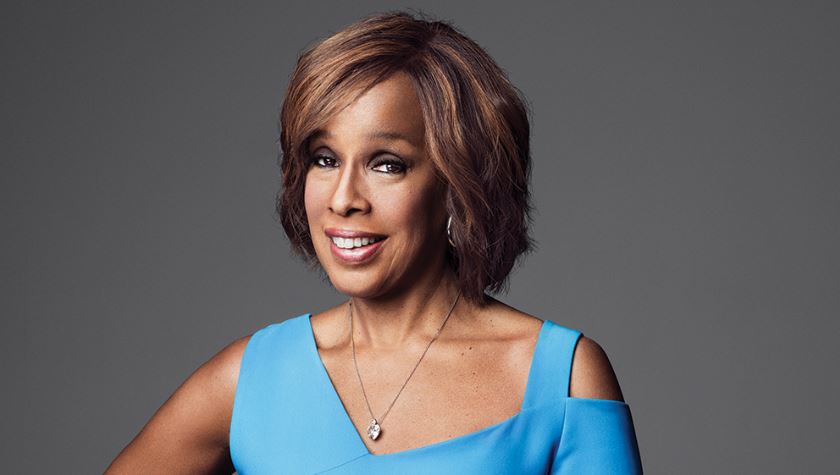 Gayle King is a legendary American television personality a well as a journalist. She is well known for co-anchoring on the CBS News morning show, CBS This Morning, a position she has held since 2012. King is also an editor-at-large, working for magazines like O, The Oprah Magazine. With her years of experience and high-profile jobs, King has a net worth of millions.

Gayle King was born on December 28, 1954, in Chevy Chase, Maryland. She is born to a father who was an electrical engineer and a mother who was a homemaker. King spent a good number of her childhood years in Turkey due to the nature of her father’s work. She attended an American school while there. She and her family later returned to Maryland.

King attended the University of Maryland College Park and graduated in 1976 with a double degree in psychology and sociology.

King married William G. Bumps, an attorney and Assistant Attorney General, in 1982. They divorced in 1993. King is a mother of two children, a daughter named Kirby and a son named William.

She is terrific friends with Oprah Winfrey who is the Godmother of her children.

While in college, King worked at a television station called WTOP-TV. This was her first experience in media work. Immediately after graduation, she got a job at WJZ-TV as a production assistant. It is here where she met Oprah Winfrey for the first time, and their friendship began. King then moved to Kansas City, Missouri. King worked as a reporter and weekend anchor at WDAF-TV.

King landed a news anchor job at WFSB in Hartford, Connecticut. She worked there for 18 years. For part of that time, Gayle lived in Glastonbury, Connecticut. She briefly co-hosted on the NBC daytime talk show in 1991 with Robin Wagner called Cover to Cover, which was later cancelled after 13 weeks.

King was offered the opportunity of hosting her syndicated talk show in 1997. The Gayle King Show was however cancelled after one season due to poor ratings. In 1999, she joined O, The Oprah Magazine as an editor. In addition to that, she worked for The Oprah Winfrey Show and Good Morning America as a special correspondent. King began to host The Gayle King show in September 2006 on XM Satellite Radio.

Rumour had it that King was considered as a replacement for both Star Jones and Rosie O’Donnell in 2006 and 2007 respectively as a host on The View. However, neither of the jobs came to pass. She had also been rumoured to be a potential replacement if co-host Elisabeth Hasselbeck had left The View in 2013.

As of 2021, The American journalist has a net worth of $24 million. Gayle King has made most of her earnings in her many years of working as a news anchor. She has also held job positions as a talk show host and as the editor of O, The Oprah Magazine, she earns a good amount of money.

Gayle King is a very talented journalist. Her impeccable work ethics have enabled her to build a fantastic portfolio over the years and has landed her many lucrative jobs.