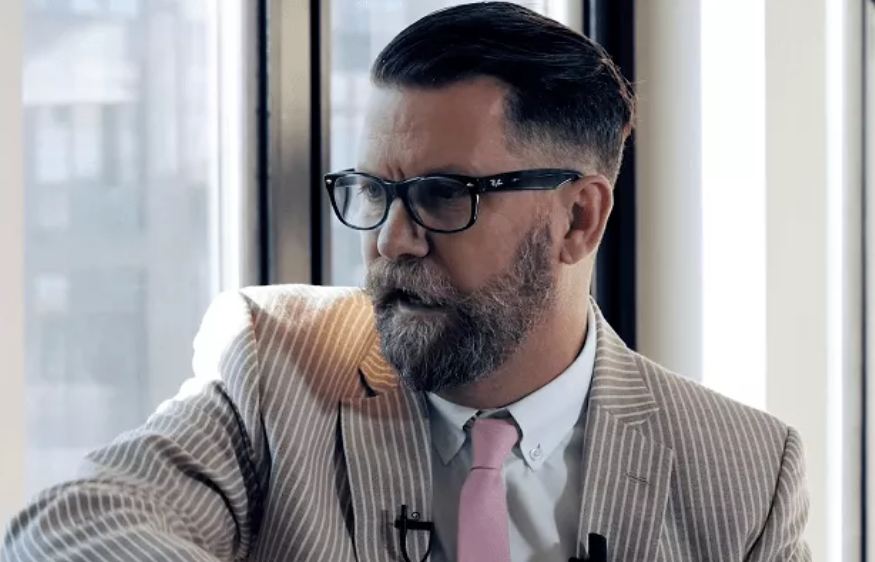 Gavin McInnes is the famous Scottish-Canadian writer, commentator, and columnist. Gavin McInnes had cofounded the Vice magazine with two others. While he worked as the editor, Gavin McInnes was known by many popular nicknames given to him by reputed organizations. He has also made a name for himself playing different roles as an actor and comedian.

Perhaps you know a thing or two about Gavin McInnes, however, how well do you know about him? For instance, how old is he? How about his height and weight, moreover his net worth? In another case, Gavin McInnes might be a stranger, fortunately for you we have compiled all you need to know about Gavin McInnes’s biography-wiki, his personal life, today’s net worth as of 2022, his age, height, weight, career, professional life, and more facts. Well, if your all set, here is what I know.

Gavin McInnes was born as Gavin Miles McInnes on 17th July 1970 in Hitchin, England, the UK. His Scottish parents were James and Loraine McInnes. The family immigrated to Canada when Gavin was four.

In 1999, Gavin McInnes moved to New York City where he married Emily Jendrisak in 2005. The couple has three children.

Gavin McInnes, Shane Smith, and Suroosh Alvi co-founded Vice, millennial media brand. It was established as the free Montreal music magazine (1994). Gavin was involved in the aggressive voice and hipster DNA as a challenging writer and editor with the Vice magazine.

During his tenure as the editor of Vice magazine, WNBC nicknamed Gavin as ‘Godfather of histerdom,’ and AdBusters referred to him as ‘one of the hipsterdom’s primary architects.’ As an editor of VICE, Gavin published articles such as ‘The VICE Guide to Happiness,’ and ‘The VICE Guide to Picking Up Chicks.’ Also, Gavin co-authored two VICE books namely, ‘The VICE Guide to Sex and Drugs and Rock and Roll,’ and ‘VICE Dos and Don’ts: 10 Years of VICE Magazine’s Street Fashion Critiques’. Gavin McInnes appeared in the ‘Vice Guide to Travel’ with actor and comedian David Cross in China (2006). Around 2007, Gavin McInnes resigned from VICE mentioning differences in creativity. It was reported that Gavin was paid about $10 – $20 million to leave VICE.

On 2nd February 2017, Gavin McInnes announced that he has resigned from Fox News. Following this, Gavin McInnes left Rebel media in August 2017. He has mentioned that he would be joining the multi-media Howard Stern who meets Tucker Carlson. Gavin McInnes later joined CRTV, the online television network that was established by Conservative Review. Also, Gavin McInnes began the new show, ‘Get Off My Lawn,’ broadcast from 22nd September 2017.

As of 2022, the estimated net worth of Gavin McInnes is $12 million. Most of his earning came from his editing and co-founder of VICE. Following since 2008 he is the co-founder of the Rooster NY, advertising agent. Also, he has appeared on several television series, movies as an actor.

Today, Gavin McInnes lives with his family in the suburbs. Gavin McInnes hosts to subscription-based online TV shows. He appears from his studio in Manhattan. He plays roles such as ‘Father Knows Best,’ ‘Islamophobia’ and ‘Western chauvinism.’