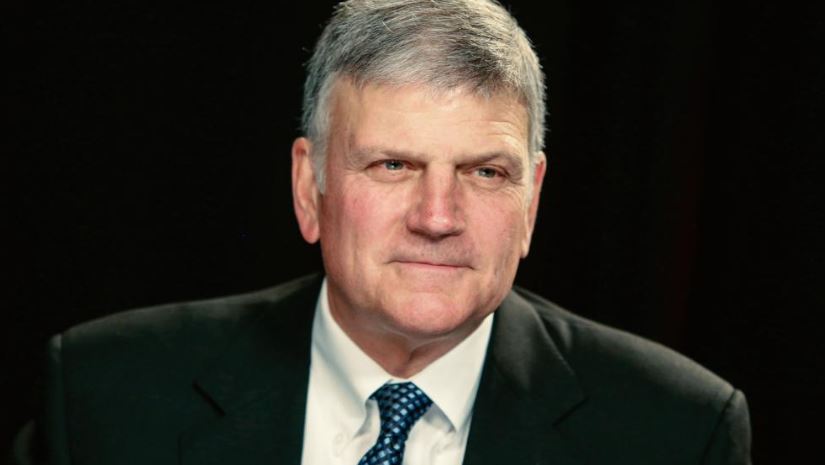 Franklin Graham is an American missionary and a Christian evangelist who is well known as the highest paid pastor in the world. He is the son of Billy Graham, who is also a Christian evangelist and the founder of the Billy Graham Evangelistic Association for which Franklin serves as the president and CEO right now. He is a prominent figure among the Christians as he has devoted his entire life to the spread of Christianity.

William Franklin Graham III was born on July 14, 1952, in Asheville, North Carolina, the United States to Ruth Bell and Billy Graham. His mother was a Christian author while his father as mentioned above was an evangelist. Franklin was the fourth of the five children of Billy Graham and Ruth Bell. He attended the Christian private school The Stony Brook School in New York and later moved to another high school in North Carolina. Franklin then attended the LeTourneau College, Montreat-Anderson College, and the Appalachian State University.

Franklin Graham committed himself to Christianity in 1974, while he was on a trip to Jerusalem through the Middle East. The same year he joined the Samaritan’s Purse and joined its founder Bob Pierce on a mission to Asia. After the death of Bob Pierce in 1979, Franklin became the President of the Samaritan’s Purse which currently functions in more than 100 countries.

In 1982, Franklin was ordained by the Grace Community Church in Arizona and was mentored by his father’s colleagues Roy Gustafson and John Wesley White. From 1989 Franklin started to conduct events for the BGEA and managed to conduct a minimum of 5 events per year all around the world.

Franklin Graham has received six honorary doctorates from universities and colleges such as Whitworth College, Toccoa Falls College, LeTourneau University, Lees-McRae College, National University, and Liberty University. The Salvation Army has honored him with the William Booth Award, and in 2002 he was announced as the Daniel of the Year by the World Magazine. In 2014, Franklin received the Watchman Award from the Family Research Council.

Franklin Graham’s Net Worth & Salary in 2022

He is considered as one of the highest paid pastors in the world who earns an annual salary of $622,252 with additional increments from the Samaritan’s Purse. During the time of his father, he is said to have earned a yearly salary of $450,000 for his work at the BGEA. The two ministries he works for generate an average annual net revenue of more than $100 million individually. His net worth is estimated to be around $12 million as of 2022.

Franklin Graham is considered as one of the most influential evangelists in the world by the Christians, and he is often praised for his relief works all around the globe. He is also infamous for his controversial comments over other religion and features on the headlines.