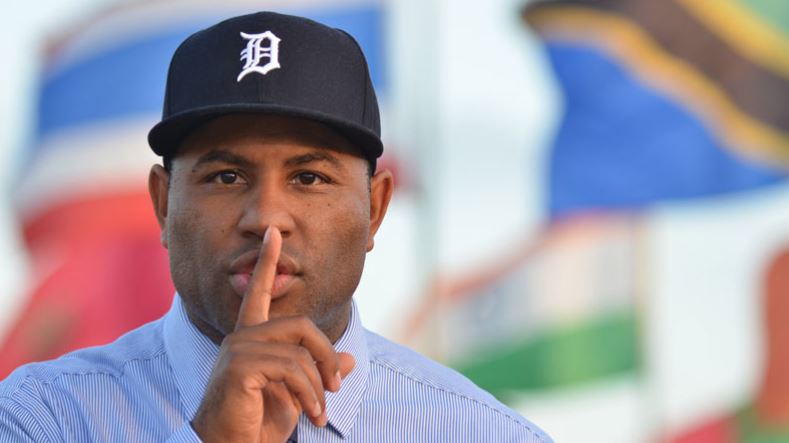 Eric Thomas is one of the most celebrated motivational speakers, minister, and author in America. He is well known for his inspirational videos and speeches which he shares by posting them to his YouTube channel. At the age of 48, Thomas has managed to impact many lives and has earned himself a commendable fortune.

Perhaps you know a thing or two about Eric Thomas, however, how well do you know about him? For instance, how old is he? How about his height and weight, moreover his net worth? In another case, Eric Thomas might be a stranger, fortunately for you we have compiled all you need to know about Eric Thomas’s biography-wiki, his personal life, today’s net worth as of 2022, his age, height, weight, career, professional life, and more facts. Well, if your all set, here is what I know.

Eric Thomas was born in Chicago, Illinois on September 3, 1970. He is a son to Vernessa Thomas and Gerald Mundy. His mother was a teenager at the time she was giving birth to him. Growing up, Thomas was met with many challenges. He lived with his parents and aunts whom he would constantly get into squabbles with. This led him to drop out of high school when he was in his teens. He lived homeless for two years on the streets of Detroit.

During this period when he was homeless, he had an encounter with a preacher who motivated him to go back to school. This was the turning point in Thomas’ life. He went back to school and changed his life. Thomas took up employment at an olive garden on the Westside of Detroit.

After finishing high school, he attended Oakwood University and finally graduated in 2001 after spending twelve years working on his undergraduate degree. Later on, he enrolled at Michigan State University and attained his master’s degree in 2005. He is also a holder of a Ph.D. in Education Administration which he attained from the same institution in 2015.

Having made it clear that he has no interest in becoming a controversial figure, Eric Thomas keeps his life under the water, maintains top-notch professionalism in his work and is ever far away from drama. He maintains the same virtues when it comes to his romantic life. Thomas is married to Dede Moseley. The couple met when they were still quite young at the Detroit Center Seventh-day Adventist Church. They got married when they were campus students, after moving to Huntsville, Alabama where they attended Oakwood University.

When he enrolled in Michigan State University, Thomas took a job as an academic advisor to disadvantaged children. He also served as a senior pastor at A Place of Change Ministries in Lansing, Michigan during this time.

After acquiring his Ph.D., Thomas started posting inspirational videos on YouTube via his channel which he started in 2008. It received a great following. Due to this success, he started his company which offered education and consulting, executive coaching and athletic development. Thomas has inspired athletes like LeBron James who credited him as a key factor of inspiration for him winning the 2012 NBA Championship.

He has also published three books.

As of 2022, Eric Thomas has a current estimated net worth of $2.5 million. He has accumulated his wealth through the success of his YouTube channel and his various books. He has also appeared on ESPN advertisements frequently and also on FOX news. He also earns income through his motivational speaking. Eric is famously known by his nickname, the Hip Hop Preacher.

Eric Thomas’ life is proof that one can turn a new leaf and explore life on a positive path. He continues to be a great inspiration and role model to both young people and adults who relate to his words. Thomas is one of the most followed motivational speakers in America, and this goes to show that he is not about to stop his work any time soon.