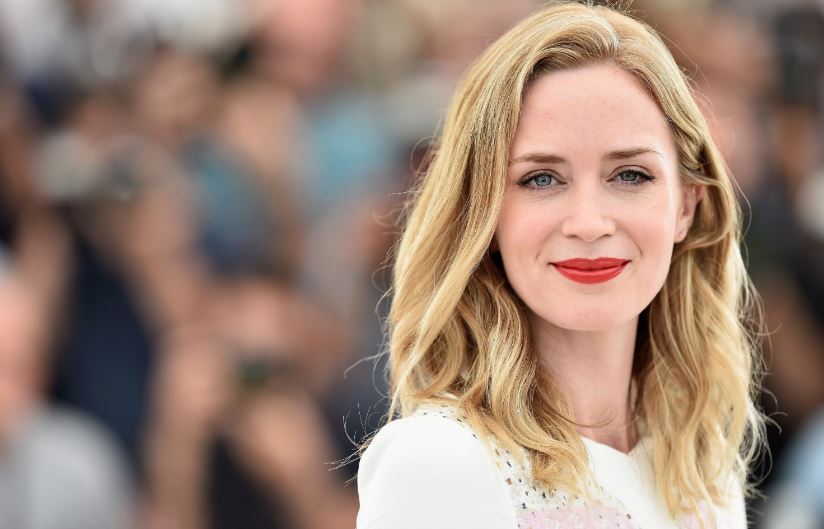 Emily Blunt is a renowned British American actress who has been well known for her featuring in British play which is known as The Royal Family in the year 2001. She has appeared in several films such as ‘The Devil Wears Prada’, ‘Edge of Tomorrow’, and ‘The Girl on the Train’. She used to stammer in her young age though she was able to overcome it and began to portray on her love of her career since her young age.

Emily Blunt was born on 23rd February in the year 1983 at Wandsworth in London. She was born to her parents Oliver Simon Peter Blunt who was a barrister and her mother Joanna who was at one time an actress and a teacher. She has got 3 siblings by the name Felicity, Sebastian and Susannah. She struggled to overcome stammering which began while she was the age of 8 years till the age of 15 when she was able to overcome it. This was through encouragement from her teacher who suggested that acting would be the solution to her stammering.

She schooled at Ibstock Place School located in Roehampton and then later attended Hurtwood House High School which was located at Dorking in Surrey. She then did a 2-year program on performing arts in which she also excelled in playing the cello, sports as well as singing. In her first opportunity on acting, she caught the attention of an actor known as Kenneth Mcreddie in an Edinburgh Festival.

Emily Blunt was engaged to a Canadian singer known as Michael Buble from the year 2005 to the year 2008 when they separated. She then began dating an American actor known as John Krasinski with whom they got married in the year 2010 and made her become a naturalized American Citizen in 2015. They currently have two daughters by the name Hazel and Violet.

Emily Blunt showed much interest in her career since her childhood and got much encouragement in acting while she was struggling to curb away with stammering. She featured in ‘The Royal Family’ a stage production in the year 2001. In this, she had very good performance and she was named as ‘The Best Newcomer’ by the Evening Standard. On this success, she then appeared in another film by the name Vincent in Brixton in the year 2002 and then later featured playing the role of Juliet in a film by the name Romeo and Juliet.

As a TV personality, she got her first debut in a TV movie known as ‘Boudica’ and then later to a TV drama by the name ‘Henry VIII’ where she played the role of Catherine Howard. She then later appeared in other TV shows such as Saturday Night Live, Empire, Curiosity and Lip Sync Battle.

In the year 2004, she featured in a British drama film known as ‘My Summer of Love’ in the and later was seen in ‘The Devil Wears Prada’ and other many films following her success in the previous films. Such films include; ‘The Great Buck Howard’, ‘Irresistible’, ‘Wild Target’, ‘Into the Woods’, ‘The Five-Year Engagement’, ‘The Girl on the Train’, and ‘Salmon Fishing in the Yemen’. She has also won many awards such as BAFTA Award, Critics’ Choice Movie Awards, Golden Globe Award as well as many other nominations.

As of 2022, Emily Blunt has an estimated net worth of $18 Million. She makes these fortunate earnings from the successful career she has had over time through which she has made unmatched earnings through an appearance in many television series as well as films. In addition to this, she also ran a radio show on BBC Radio 4 known as ‘Bumps and Bruises’ which brought in millions on her account.

Having had a wonderful breakthrough in her career, Emily Blunt has had much success in her career from which she began being popular in the year 2006 in the ‘Gideon’s Daughter. Having worked with several popular actors in the film industry has also contributed to her increase in popularity.