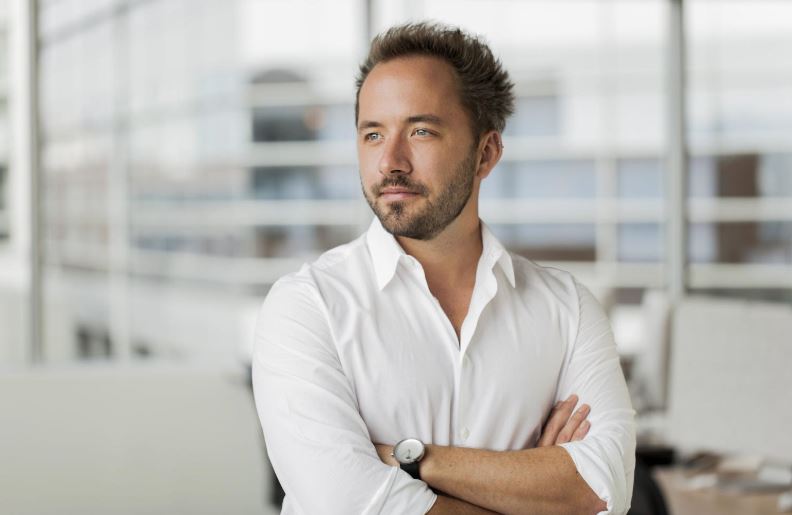 Drew Houston is a famous American entrepreneur. He is most renowned as the founder and CEO of Dropbox, online storage and backup service.

Perhaps you know a thing or two about Drew Houston, however, how well do you know about him? For instance, how old is he? How about his height and weight, moreover his net worth? In another case, Drew Houston might be a stranger, fortunately for you we have compiled all you need to know about Drew Houston’s biography-wiki, his personal life, today’s net worth as of 2022, his age, height, weight, career, professional life, and more facts. Well, if your all set, here is what I know.

Drew Houston was born as Andrew W. Houston on 4th May 1983 in Acton in Massachusetts in the US. Around the 1990s, Drew Houston studied from the Acton-Boxborough Regional High School. Drew Houston graduated with Computer Science from Massachusetts Institute of Technology (MIT). While at MIT, Drew Houston was a member of the Phi Delta Theta fraternity. Drew met Arash Ferdowsi who later became the co-founder and CTO of Dropbox.

While in college, Drew Houston often left his USB drive behind at the college dormitory. Drew Houston wished to upload his work online but, the then available facilities had technical issues. As a Computer Science student of MIT, Drew Houston knew the significance of online storage and backup service. This idea prompted Drew Houston to establish his start-up called Dropbox that has provided beneficial facilities to several users all over the world.

Drew Houston and Arash Ferdowsi, his close friend, and fellow classmate from MIT was responsible for establishing Dropbox. The duo took around $15,000 from Y Combinator, the start-up funding firm, to officially create Dropbox in 2007. After one year, the Company formally launched at the annual technology conference called TechCrunch50. After its official establishment, Dropbox is considered one of the most successful start-ups in Silicon Valley.

The Dropbox Company is based in San Francisco. Yet, the Company has been so successful that it has become very popular all over the world. It is most popularly used in Germany, the United Kingdom, and the United States. Dropbox users can store their documents, photographs, and videos for future access and sharing.

As of 2022, The net worth of Drew Houston is $3 billion. Drew Houston earns as the co-founder and CEO of Dropbox, the online storage and backup service Company. In 2007, when he was 24 , Drew Houston and his close friend and classmate Arash Ferdowsi established Dropbox. Drew Houston held 24.4% voting power in Dropbox before filing for IPO on 23rd February 2018. In March 2018, Dropbox went public after its shares were listed on the Nasdaq exchange. At that point in time, Dropbox achieved market capital of $30 billion.

Before Dropbox, Drew Houston tried several start-ups namely Accolade, Bit9, and HubSpot that were unsuccessful. Today, over 500 million people globally use Dropbox for storing online and getting backup services.