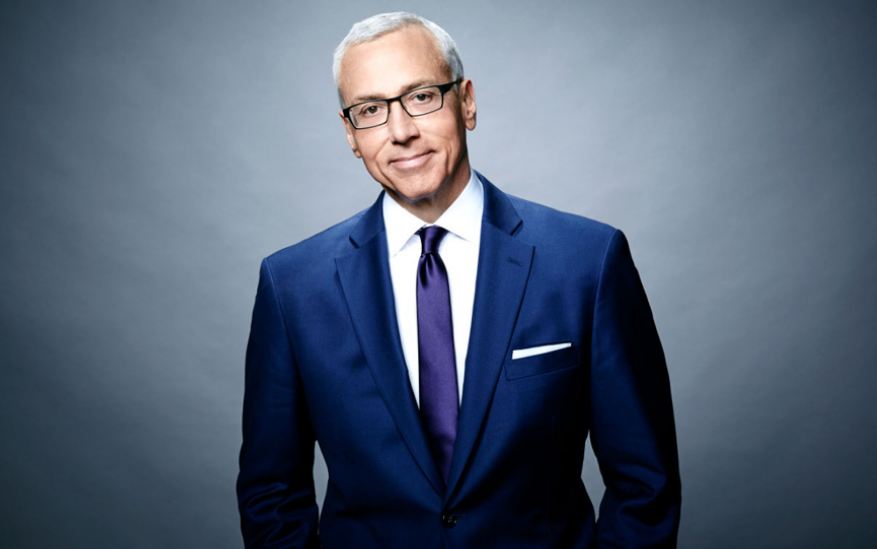 Dr. Drew Pinsky is a celebrity doctor who is an addiction medicine specialist, a board-certified internist, and a media personality. He is the host of ‘Dr. Drew on Call’ talk show.

Dr. Drew Pinsky was born in Pasadena, the USA on the 4th of September 1958. His mother, Helene Stanton originated in Philadelphia, and she was an actress as well as an opera singer. Morton Pinsky who was a physician was his father whose parents were emigrants from Ukraine.

Drew attended a polytechnic school, and in 1980, he graduated from Amherst College where he had enrolled and majored in biology. He later joined the University of Southern California school of medicine and earned his Medical degree in 1984.

Drew married Susan Sailer on the 21st of July 1991. The two were later blessed with triplets in the month of November 1992. Their children are named Jordan, Paulina and Douglas and the family reside in California.

Both Drew’s parents later died of different causes. His father died on 27 October 2009 of a cerebral hemorrhage while his mother Helene died at the age of 91 on June 7th, 2017.

Pinsky started working at USC County Hospital after graduating from the university. He became the chief resident at the Huntington Memorial Hospital before moving into private practice. His dual career in mass media and medicine needed a lot of professional balance and dedication.

He first appeared on KROQ-FM on the show ‘Ask a Surgeon’. After airing for some time, ‘Loveline’ was combined to the show. It was now a show on its own, and it later became a television show launched in 1995. In 1996, the show was launched on MTV and Dr. Drew Pinsky, and Adam became its hosts.

Pinsky has been a host of many programs that deal with health issues. He starred in ‘Celebrity Rehab with Dr. Drew’, ‘Sober House, among others. He has also appeared in films like ‘Robot Chicken’, Code Monkeys’,’ Wild Hogs’ and ‘New York Minute’ among others. He started his own show Dr. Drew On Call in 2011.

Following the great success of Pinsky in the medical profession, he was awarded at the 2008 Prism Awards with the Leadership and Inspiration Award. His name was used in the naming of the Asteroid 4536 Drewpinsky.

As of 2022, The net worth of this celebrity doctor is estimated to be $23 Million. This wealth has mainly come from his career as a doctor. He has also made an impressive amount from his shows on radio and televisions. Pinsky has also done several ads. All this sums up to his huge net worth.

Dr. Drew Pinsky is a famous and very successful doctor who has over the years made a name not only in the medical field but also in the entertainment industry. He is still very active in his career, and his shows will continue to help many people as well as entertain them.