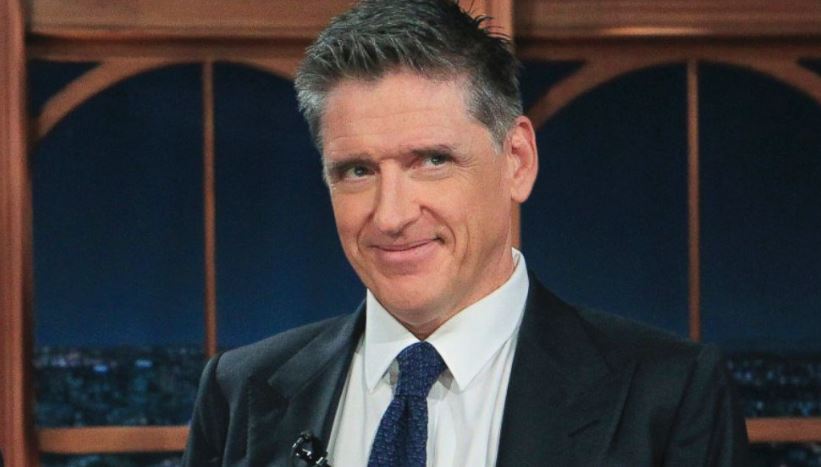 When the name Craig Ferguson is mentioned, what is the first thing that comes into your mind? For many, Craig Ferguson is their favorite comedian, while others know him as an actor and the lovers of books and magazines know Ferguson as an author. The good thing is, all these people are all right as Ferguson fits in all the above categories.

Perhaps you know a thing or two about Craig Ferguson, however, how well do you know about him? For instance, how old is he? How about his height and weight, moreover his net worth? In another case, Craig Ferguson might be a stranger, fortunately for you we have compiled all you need to know about Craig Ferguson’s biography-wiki, his personal life, today’s net worth as of 2022, his age, height, weight, career, professional life, and more facts. Well, if your all set, here is what I know.

On 17th May 1962, Stobhill Hospital had some good news to Robert and Janet Ferguson as they had been blessed with a baby boy by the name Craig Ferguson. Ferguson was raised in nearby Cumbernauld and he grew up “chubby and bullied”. During his birth, his parents lived in a springburn flat but moved to a council house when he was six months old.

Ferguson has three siblings an older brother and sister and one younger sister making him the third born in their family. His brother is called Scott and his older sister is called Janice while his younger sister is known as Lynn Ferguson Tweddle who is a successful presenter, comedian and actress.

Ferguson has married three times so far and divorced twice. He describes his reasons of the marriage breakup as relationship issues. He was first married to Anne Hogarth for three years between 1983 and 1986 and the two lived in New York. After breaking up with Anne Hogarth, he got married to Sascha Corwin who was the founder and administrator of Los Angeles’ SpySchool. The couple was blessed with a son (Milo Hamish Ferguson) in 2001. Corwin and Craig shared custody of their son Milo and they live in the same neighborhood in Los Angeles.

Ferguson later married Megan Wallace-Cunningham who is an art dealer on 21st December 2008. The couple officiated their relationship in a private ceremony on Megan’s family farm in Chester Vermont. The couple was blessed with a son Liam James on 31st January 2011.

Ferguson started off as a drummer of one rock band called Exposure. This acted his first platform in the entertainment field. After working for this band for some time, he left and joined another punk band known as The Bastards from Hell which later renamed to “Dreamboys”. The band was fronted by vocalist Peter Capaldi. This is the band that inspired Ferguson to try comedy.

After working with this band, Ferguson has worked with other different groups and appeared in different shows and films which include: “A Lecture for Burns Night”, “One Foot in the Grave”, “The Rocky Horror Show”, “The Odd Couple” and many more. All the above were done in UK.

After living in UK for several years, he moved to Los Angeles towards the end of 1994. After moving to US, he first appeared in Maybe This Time in 1995 which starred Marie Osmond and Betty White. This marked as a platform for Ferguson in the US and he later moved to higher grounds. Some other shows he appeared in include: The Drew Carey Show, Saving Grace, The Big Tease, I’ll Be There among many others.

During his career, Ferguson has received various awards and nominations and some of them include: British Independent Film Award (nominated as the best Screenplay in 2000), in 2003, he received US Comedy Arts Festival (Won Audience Award for the film “I’ll Be There”), Peabody Award in 2009 (won the award), Grammy Award (nominated as the Best Comedy Album in 2014) among many others.

Craig Ferguson is one of the most famous and award winning celebrity who has remained on top of his game no matter the various challenges he has faced in life including being an alcoholic. As of 2022, Craig Ferguson has an estimated net worth of $35 million and has an annual salary of $8.5 million.

Craig Ferguson is a successful artist who has also gone through a number of challenges just like any other person. One of the notable challenges is the attempted suicide in 1992 and the alcoholism effect in 1991. However, he went through rehabilitation and was able to get out of it successfully.