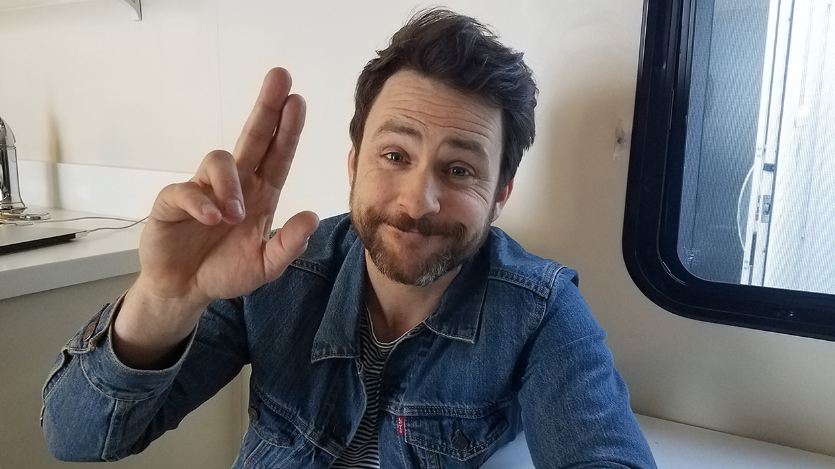 Charlie Day is a popular American actor and producer. His full name is Charles Peckham Day. He is also an occasional producer, screenwriter, comedian, and musician. He became a household name when he starred as Charlie Kelly on the hugely popular and long running television series It’s Always Sunny in Philadelphia. He has also appeared in several films, the most popular of which are Pacific Rim and its sequel Pacific Rim Uprising which was released in 2018.

Perhaps you know a thing or two about Charlie Day, however, how well do you know about him? For instance, how old is he? How about his height and weight, moreover his net worth? In another case, Charlie Day might be a stranger, fortunately for you we have compiled all you need to know about Charlie Day’s biography-wiki, his personal life, today’s net worth as of 2021, his age, height, weight, career, professional life, and more facts. Well, if your all set, here is what I know.

Charlie Day was born on February 9, 1976 in New York. His mother, Mary, was a piano teacher in a school in Rhode Island, and his father, Dr. Thomas Charles Day, was a retired professor of music history at a university in Rhode Island.

Day spent his childhood in Middletown, Rhode Island where he attended the Pennfield School and later graduated from the Portsmouth Abbey School in Rhode Island. At school, he starred on the baseball team, playing shortstop for the Ravens.

In 2014, he delivered the keynote address at Merrimack college and also received an honorary doctorate in performing arts.

Charlie Day has married his long time sweetheart, actress Mary Elizabeth Ellis on March 4, 2006. They had known each other since 2001 and began dating three years later in 2004. This was the time when they co-starred in Reno 911. In It’s Always Sunny in Philadelphia, which has done 134 episodes since it started in 2005, Ellis had a recurring role. In 2011, they had a son, Russell Wallace.

Charlie Day’s acting career began in the early 2000, though it was nothing much to speak about. In 2000 he appeared in the television series Madigan Men and in television film Mary and Rhoda. Next year he was seen in Law & Order. Till 2004, he had also appeared in some other television series such as Third Watch, Luis and Reno 911!

Then in 2005, he was cast as Charlie Kelly in the series, It’s Always Sunny in Philadelphia. This was the first time he played the role of a lead protagonist. His performance brought him critical acclaim and recognition.

This show has completed 134 episodes and is still going strong in its thirteenth season and shall premiere again in 2018. Charlie not only played Charlie Kelly on the FX television series, but is also one of the executive producers of the show. He is also one of its writers, and has also improvised on the music featured in the series. He also worked in small roles in films like the 2010 film Going the Distance, where co-starred with Drew Barrymore.

In 2011 he got his lucky break in when he landed the role of Dale Arbus in Horrible Bosses. He appeared in New Line Cinema’s Horrible Bosses with, Jennifer Aniston, Jamie Foxx and many other popular actors. He was noticed and won critical acclaim.

In 2013, he voiced the character of Art in the animated film Monsters University by Pixar. He also appeared in the film Pacific Rim which was a commercial success. Day also became a producer to the television shows How to Be a Gentleman and Unsupervised. In 2011, He also hosted the Saturday Night Live show. In 2014, Day gave voice to The Sims 4 TV spots.

In 2017, Day starred in Fist Fight where he played Andy Campbell, a high school English teacher who is challenged by the history teacher Ronald Strickland, played by Ice Cube, to a fight. In 2018, he starred in Pacific Rim Uprising which was a sequel to Pacific Rim, where he reprised his role.

Charlie Day has made his wealth by acting in television series and films. His hit series It’s Always Sunny in Philadelphia has been running to full popularity since 2005. This has brought him steady income which must be quite a sizeable amount as he is also the writer and even musician for the series. His performances are the highlights which has made the series a constant favorite of viewers.

The other source of income of for him are the few successful films that he has one like the Horrible Bosses, Pacific Rim and its sequel Pacific Rim Uprising which released in 2017.

Charlie Day is an actor for whom coming into the limelight was no accident. He prepared himself for the role and occupation of an actor since his since his early college days by acting in student theatre group and later undergoing training workshops in theatrical arts. He was also lucky to have parents who were music teachers and musically inclined.

His passion, dedication and hard work along with his talents in writing and music paid him rich dividends in making him an actor of repute. He is also a voice actor and comedian. He is on his way to achieve many more milestones.