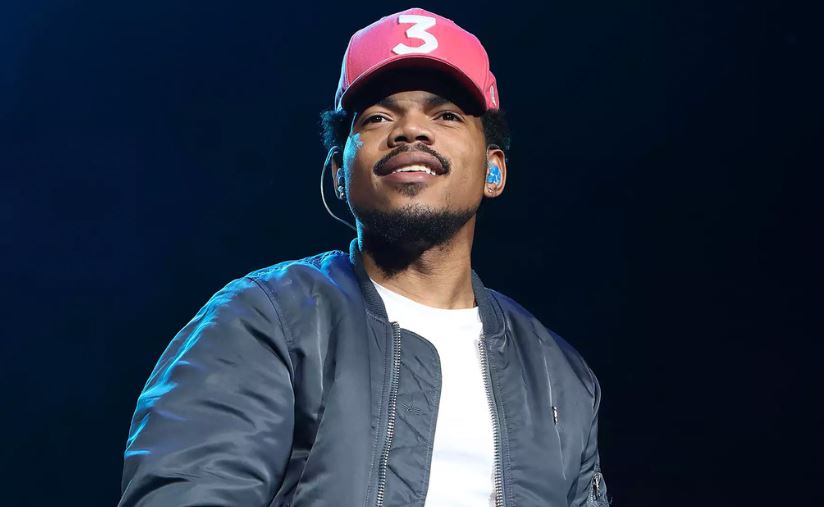 Chance the Rapper is a rising star who has utilized every opportunity he got to stand equal with his idols. He is a real dreamer who in a matter of few years has made his place in people’s hearts. Barack Obama praised him for his philanthropic support for the Chicago schools. The rapper has earned a considerable fortune with a wide fan following which is likely to increase fiercely with his rising charisma.

Chance the rapper was born as Chancelor Jonathan Bennett in Chicago, Illinois on April 16, 1993 to father, Ken Williams Bennett, and mother, Lisa Bennett. His father served the former Chicago Senator Barack Obama and mother worked as a secretary to the Attorney General of Illinois.

Chance the rapper wasn’t good at studies and got suspended often during the time he attended Jones College Prep High School. His inspiration towards music was Michael Jackson whom he listened to in his early days. Kanye West was another influence on him whose hip-hops Chance the Rapper liked and aspired to be like him.

He used his cousin’s studio in his sixth grade and began to rap there. He also made a hip-hop duo with a friend in his High School.

Chance the Rapper’s brother Taylor Bennett is a rapper too, who began his career at the same time he did.

Chance the rapper had a daughter with his girlfriend, Kirsten Corley in September 2015. They had named the child “Kensli.” After some disputes between the couple regarding the child’s support and living separately for 2 years, they reunited recently & got engaged on July 4, 2018.

The very first tape he recorded in his school days was ’10 Day’. It was in 2011 when he set off to make a career in music despite his teacher’s ridicules. The mixtape released in 2012 was followed by a huge success commercially. Forbes magazine featured the mixtape in its ‘Cheap Tunes’ column.

His second mixtape was ‘Acid Rap’ released in 2013, which too saw huge appraisal. He has also appeared on commercial videos for Dockers shoppable endorsing the brand’s, fashion line in 2014. He launched a short movie ‘Mr. Happy’ that spread awareness about depression in 2015. It was directed by Colin Tilley. He continued his music work launching a new album in 2015 named ‘Surf.’ In the same year, he released the ‘Free Based Freestyle mixtape” in partnership with Lil B. The video of his new song ‘Family Matters’ also came up soon after that.

He released many songs and appeared live too, before co-writing songs like ‘Waves,’ ‘Famous,’ ‘Father Stretch My Hands Pt. 1’, and ‘Feedback,’ with Kanye West for his album ‘The Life Of Pablo’ in 2016. He was also featured on ‘Ultralight Beam’ song of the same album. His other works include the mixtape ‘Coloring Book,’ single ‘We the People’ for a Nike advertising video and a starring role in a Nestle Kit Kat commercial.

The list of awards secured by him includes Chicago’s Outstanding Youth of the Year Award by Mayor Rahm Emanuel in 2014 and three Grammy nominations for ‘Coloring Book’ among others.

As of 2022, Chance the Rapper’s net worth is estimated to be around $10.5 million. The sources by which he has managed to earn that much at such a young age includes his successful mixtapes, collaborations with elite artists in high-profile songs like ‘I’m the One” of 2017, and his sponsorship deals endorsing brands like Apple, Kit Kat, New Era, Nike, Chicago White Sox, Dockers, etc. He earns well with his concert tours too. He is reportedly said to be involved in movies as well, working with the A24 Company on a horror movie.

The rapper has gained prominence through his musical passion at an early age of 25. He had earned a lot to be a millionaire, and his net worth is expected to rise exponentially in the coming years. Hailing from a middle-class family, Chance the rapper has proved that nothing can hold back a true dreamer.