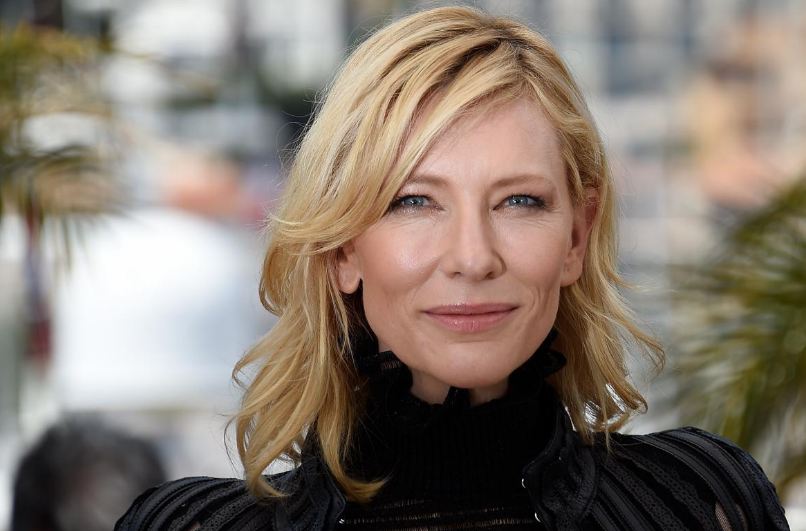 Cate Blanchett is a talented actress, producer, and director from Australia. She has won 2 Oscars for her outstanding performances in “The Aviator” and “Blue Jasmine” films among other more nominations.

Cate Blanchett birth name is Catherine Elise Blanchett. She was born on May 14, 1969, in Ivanhoe suburb in Victoria, Australia. Her father Robert Blanchett was from America, and he worked in the advertising sector after serving for the United States Navy, but he passed away in 1979, whereas her mother June Blanchett was Australian and she worked as a teacher as well as a property developer. Cate has origins from England, Scotland, and France.

Cate Blanchett spent her childhood at her birthplace. Her early schooling took place at the Ivanhoe Girls’ Grammar School and the Methodist Ladies’ College. She later attended the University of Melbourne studying economics and fine arts but dropped out after a year. Cate graduated with a bachelor of fine arts from the National Institute of Dramatic Art.

Cate Blanchett has been married to the playwright, screenwriter, and director Andrew Upton since 1997. The couple is now the parents of 4 children, Edith Vivian Patricia Upton, Dashiell Upton born on December 3, 2001, Roman Upton born in 2004 and Ignatius Martin Upton born in 2008.

Cate Blanchett was appointed as the global Goodwill Ambassador by the United Nations High Commissioner for Refugees in 2016.

Cate Blanchett worked on theater plays and screen at her early days. She appeared in drama series such as “Heartland” and “Bordertown”. Cate received the first Oscars nominations for her role and performance in the biographical drama film “Elizabeth”. She continued experiencing success throughout her career, and she won the Oscars for the epic biographical drama film “The Aviator” and the drama “Blue Jasmine”. Another noted film that she starred in is “Robin Hood”.

Cate Blanchett has received over 400 award wins and nominations throughout her career. She won a total of 2 Oscars, 3 Golden Globe Awards, 3 BAFTA Awards, 3 Screen Actors Guild Awards, 7 Australian Academy of Cinema and Television Arts Awards, among many others.

As of 2022, The Australian actress Cate Blanchett has an estimated net worth of somewhere near $100 million. She gained her tens of millions from starring in mostly in films which all have been commercially successful. Cate Blanchett salary for “Robin Hood” film was $10 million.

Cate Blanchett is one of Australia’s and the world’s best actresses. She has received over 400 award wins and nominations, and she has nearly 70 credits in films and series as an actress including the recent ones. Cate Blanchett is living a happy life with her husband Andrew Upton and their children.