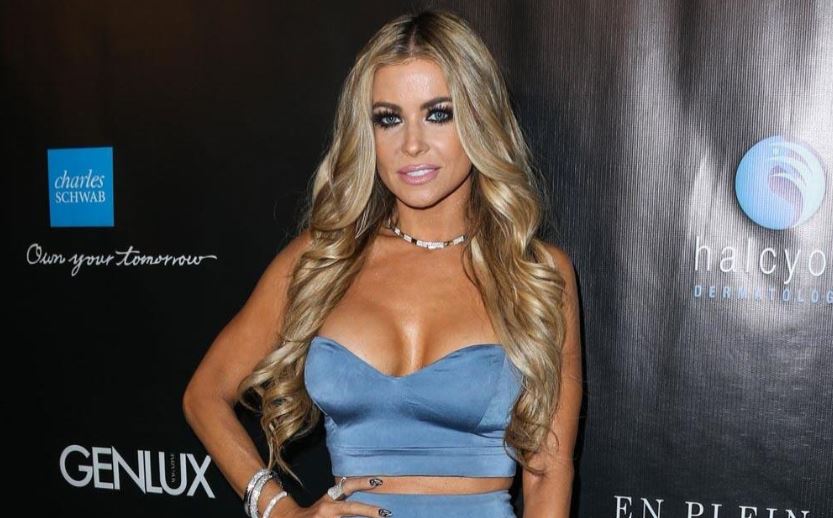 Carmen Electra is a beautiful model, singer, and television personality who has made a huge name for herself in the American entertainment industry. She began her career in 1990 and since then going strong in the various fields. Carmen has worked for the Playboy magazine and appeared in plenty of parody movies like Meet the Spartans, Scary Movie, Disaster Movie, and Date Movie among the others. She is a multi-talented artist who started her career as a singer and then enters many other fields.

This glamorous model was born on 20th April 1972 in the home of a singer Patricia and Guitarist Harry Patrick in the city of Sharonville, Ohio. She was the youngest of six children in the family. Carmen has four elder brothers and one sister. She has completed her early schooling from the Ann Weigel Elementary School. Electra starts learning dance at a very young age under the guidance of Gloria J. Simpson at the Dance Artists Studio.

After that, she takes admission in the School for Creative and Performing Arts where Nick Lachey was her older classmate. Together, they worked in a Peter Pan production. In 1990, Electra got graduated from the Princeton High School. Followed that, she attended Barbizon Modeling and Acting School from where Electra get graduated in 1992.

Her mother died in August 1998 due to complications from the brain cancer, whereas Carmen’s older sister Debbie died due to a heart attack just two weeks after this event. At that time, she was in a romantic relationship with NBA star Dennis Rodman. The couple married in November 1998 in a private ceremony at the Little Chapel of the Flowers situated in Las Vegas. However, their relationship ended up in divorce just after six months in April 1999.

After that, she married Dave Navarro in November 2003, but again Electra did not find love and the couple divorced in February 2007. Since then, she has a relationship with many individuals like Rob Patterson, and Simon Cowell. Presently, she is enjoying life as a single.

She worked with the Paisley Park Records for a singing project, but her career in this field last very short. Her only album Carmen Electra released in 1993, but the response was very poor. Carmen made her acting debut by appearing in plenty of television shows in 1995. Next year, Electra feature nude in the Playboy magazine. It gave her much needed fame and allow to bag roles in movies like American Vampire, Scary Movie, Get Over It, Mr. 3000, Getting Played, Date Movie, Max Havoc: Curse of the Dragon, and Monster Island.

Some of her latest works are in the movies like Meet the Spartans, 2-Headed Shark Attack, Lap Dance, Book of Fire, and Oy Vey! My Son is Gay! She was the winner of MTV Movie Award for the Best Kiss with Owen Wilson in 2004. Other than that, Carmen has a nomination for many Razzie Awards but could become successful in winning any of them.

As of 2022, The net worth of Carmen Electra is $18 million. The major source of her income is working in tons of Hollywood movies and television serials. Additionally, she has worked as a model for many magazines including Playboy for which Electra charge heavy fees. Her short-lived singing career also gave her some income.

Despite being 50 years old, Carmen Electra looks very beautiful and glamorous. We wish her success and good health for the rest of the life.