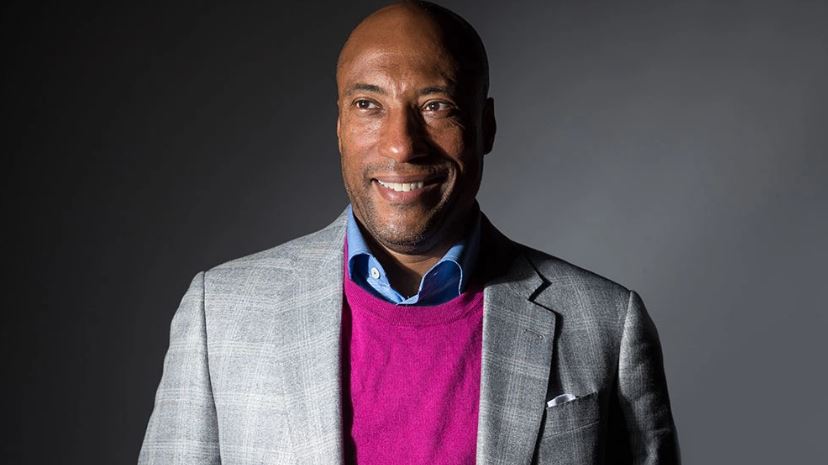 Byron Allen is a legendary American who is not only a comedian but also a television producer. Being the founder, owner, chairman, and chief executive officer of the U.S. television production company Entertainment Studios, Allen has earned himself the millionaire status with a net worth that is nothing short of impressive. His talents and hard work have raised his standards to the life he lives now.

Perhaps you know a thing or two about Byron Allen, however, how well do you know about him? For instance, how old is he? How about his height and weight, moreover his net worth? In another case, Byron Allen might be a stranger, fortunately for you we have compiled all you need to know about Byron Allen’s biography-wiki, his personal life, today’s net worth as of 2022, his age, height, weight, career, professional life, and more facts. Well, if your all set, here is what I know.

Born as Byron Allen Folks, this man was born on April 22, 1961, in Detroit, Michigan. His mother is Carolyn Folks. Allen grew up in Los Angeles. His interest in the entertainment business developed when he was still quite young. His mother worked as a publicist at the NBC Studios in Burbank and Allen would tag along with her to work. He had the privilege to roam the sound stages freely. He would sneak into The Tonight Show set and sit behind Johnny Carson’s desk while playing talk show host.

Allen was only 14 when he put together his first stand-up routine. He began making appearances on an amateur night at comedy clubs in the Los Angeles area. In 1979, Allen graduated from Fairfax High School. After that, Byron attended the University of Southern California.

Byron Allen married Jennifer Lucas in 2007. The couple has three children together, two daughters born in 2008 and 2010 respectively and a son born in 2012.

Allen got a kick-start to his career when comedian Jimmie Walker saw his stand-up act and invited the 14-year old to join his comedy writing team. Allen worked alongside promising young comedians such as David Letterman and Jay Leno. He made his television debut at the age of 18 on the Tonight Show starring Johnny Carson. His earliest roles included being a regular presenter on the NBC series Real People during the show’s entire run.

In 1993, Allen ventured into television production. He founded Entertainment Studios in Los Angeles and launched his first series, Entertainers with Byron Allen, which is a one-hour weekly series featuring the current stars of television and film. Entertainment Studios is the largest independent producer and distributor of first-run syndicated programming for broadcast television worldwide. It produces, distributes, and sells advertising for a total of 32 television series.

Among the top programs of Entertainment Studios are Comics Unleased, We the People of Gloria Allred, and America’s Court with Judge Ross which was nominated for an Emmy Award. Allen’s company has also branched into scripted programming, producing two weekly prime time sitcoms that made it debut in 2012. The sitcoms are Mr Box Office and The First Family.

Byron Allen has become a multi-millionaire mogul in the show business. He has a net worth of $430 million as of 2022. Allen has built his fortune over the years through his career as a stand-up comedian. He is also a television entrepreneur and has his own company that earns him millions. Allen’s company acquired the Weather Channel for $300 million in 2018.

Byron Allen is one celebrity who has used his talents well and incorporated his brains to create a solid legacy for himself in the industry. At the age of 57, he has accomplished a lot for himself and is living the American dream. His company has made records when it comes to television production. The world is definitely assured of more to come from Byron Allen.