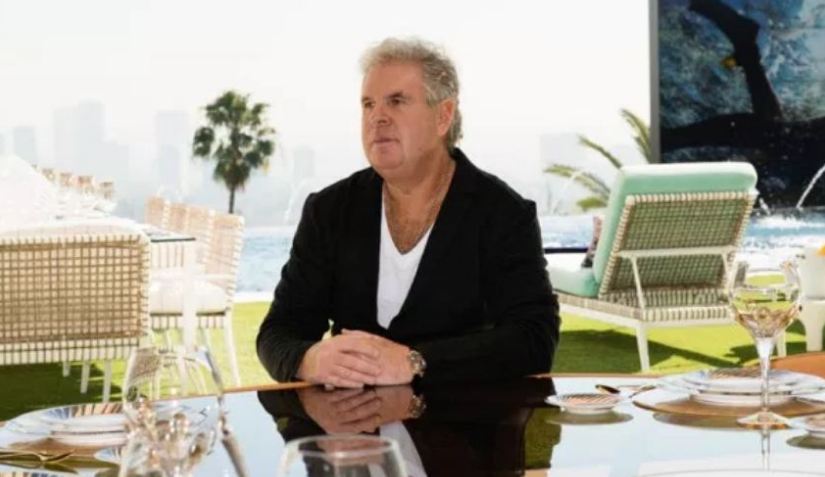 Perhaps you know a thing or two about Bruce Makowsky, however, how well do you know about him? For instance, how old is he? How about his height and weight, moreover his net worth? In another case, Bruce Makowsky might be a stranger, fortunately for you we have compiled all you need to know about Bruce Makowsky’s biography-wiki, his personal life, today’s net worth as of 2022, his age, height, weight, career, professional life, and more facts. Well, if your all set, here is what I know.

Bruce Makowsky was born in the year 1956 in the United States, and the particular place of his birth is unknown as he has not revealed it. He currently lives in Beverly Hills, California with his wife Kathy Van Zeeland who is a fashion designer. Before entering into the field of real estate, Bruce worked in designer handbags, fashion jewellery and footwear for women.

As mentioned above, Bruce was into Women’s fashion business for more than twenty-five years before placing the foot in the real estate business. He says that for the 25 years he has been designing jewellery, footwear, and handbags for women, which was very much exciting for him. He had a company in New York that designed and sold handbags for women. He along with his wife Kathy owned three accessory producing companies namely Kathy Van Zeeland Handbags, B.Makowsky, and Tignanello which they later sold to a Hong Kong-based company Li & Fung Ltd in 2008.

After selling his fashion company, Bruce founded his real estate company BAM Luxury Development that concentrated trade on the west of Los Angeles. Bruce says that the land of LA was not much explored he thinks the place is highly undervalued. He bought a house near Sunset Strip in 2013 for five million, renovated it and sold for $19 million. The same year he bought another house for $12.5 million and sold it for $65 million after renovation.

The famous $70 million mansion bought by Minecraft creator Markus Persson in Beverly Hills was sold by none other than Bruce in 2014. In 2017, Bruce set a record in the history of America by constructing the country’s most expensive mansion in Bel Air. The mansion is listed for a worth of whopping $250 million, and the house is completely built by Bruce’s team.

It is built across 38,000 square feet consisting 12 bedrooms, five bars, three kitchens, 21 bathrooms, a gym, a mini-golf course, a spa, 85-foot infinity pool, a Dolby Atmos theatre with a seating capacity of 40 with an 18-foot wide screen. The house comes with seven staffs including a chef and a personal trainer. It also consists of a helicopter along with a collection of cars that is worth $30 million including a Bugatti Veyron, Pagani Huayra, and a 1936 Mercedes Benz.

As of 2022, His net worth is estimated to be $140 million, and the factors that contribute to this value are his successful tenure as a real estate developer and as a designer of women accessories for more than two decades.

Bruce is a true businessman who knows the knack to please his customers. He says that, people with more wealth have enough money but not enough time to build quality properties and if your product is of great quality no one can obstruct its sale, which is quality advice for aspiring entrepreneurs.