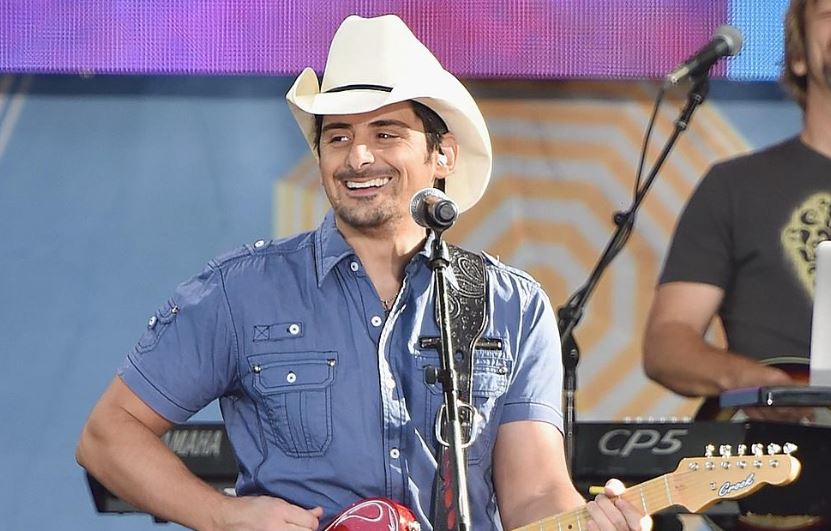 Brad Paisley is a singer and writer from the USA who has been performing for almost two decades. He is known for the hit singles “He Didn’t Have to Be”, “Mud on the Tires”, “We Danced”, “I’m Gonna Miss Her”, “The World”, “Perfect Storm”, and many others. He has also released many albums and has won a number of awards.

Brad Douglas Paisley was born in October 1972, in Glen Dale, West Virginia. He is the son of Sandra Jean “Sandy” Paisley and Douglas Edward “Doug” Paisley. His mother was a teacher and his father used to work in the Department of Transportation. At the age of eight years, he received his first guitar by his maternal grandfather.

He completed his high school in 1991 from John Marshall High School. Later, he went to West Liberty State College for two years. He wrote his first song when he was 13 years old. In 1995, he received his BBA degree from Mike Curb School of Music Business. He has also done an internship at Atlantic Records and ASCAP.

In 2003, Brad Paisley got married to Kimberly Williams. They have two sons named William Huckleberry “Huck” and Jasper Warren. He was previously in a relationship with singer Chely Wright. He is an ardent fan of the Los Angeles Dodgers and Cleveland Browns. He has got many musical instruments and has also done recordings for DeMolay International and Freemasonry.

In 1999, Brad Paisley released his first album called ‘Who Needs Pictures’. This was platinum certified album and was released on the music label Arista Nashville. In 2001, the singer came up with the album ‘Part II’. In 2003, he released ‘Mud on the Tires’. This was followed by the album ‘Time Well Wasted’. His other albums from the 2000s were ‘Brad Paisley Christmas’, ‘5th Gear’, ‘Play’, and ‘American Saturday Night’.

Apart from music, he has also done many television shows. He has been the co-host of the Country Music Association Awards since 2008. His other TV credits are ‘South Park’, ‘Nashville’, ‘Two and a Half Men’, ‘The Crazy Ones’, ‘Rising Star’, ‘Repeat After Me’, ‘The Voice’, and ‘According to Jim’. In 2018, Paisley became one of the judges of the television show ‘The Gong Show’.

How much will a person have who has sold many platinum certified albums in his career? He has released many hit singles and has sold more than 11 million albums across the world. The singer has got a net worth of over $110 million as of 2022. Part of his wealth also comes by appearing in many television shows. In addition to this, he has done many concert tours in his career. He has also performed as a featured artist for many other artists.

Brad Paisley is a very successful singer and songwriter. He is an influential person who has received many awards in his career. He has got many fans across the world and has also received international awards.