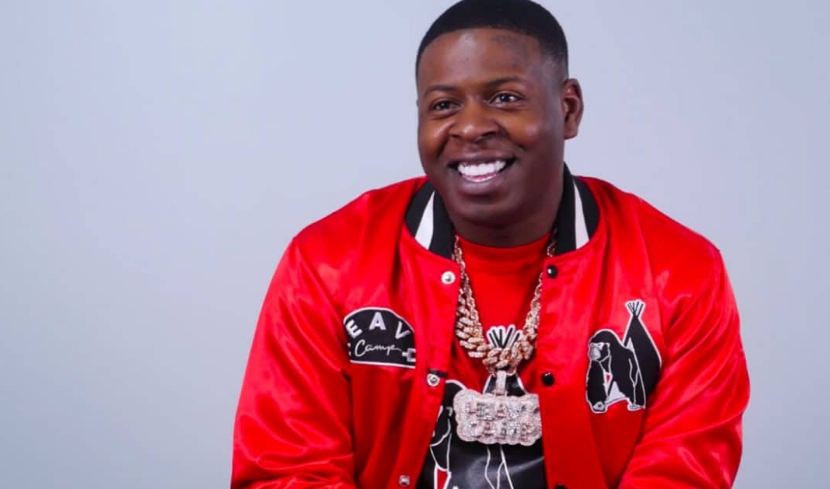 Blac Youngsta is an American hip-hop artist who is signed to Gotti’s CMG record label. He is widely known for his songs like “Booty,” “shake sum,” “I got something to say,” and “Hip Hopper.” Youngsta gained his fame after hit single “Heavy” which he released in 2014.

Perhaps you know a thing or two about Blac Youngsta, however, how well do you know about him? For instance, how old is he? How about his height and weight, moreover his net worth? In another case, Blac Youngsta might be a stranger, fortunately for you we have compiled all you need to know about Blac Youngsta’s biography-wiki, his personal life, today’s net worth as of 2022, his age, height, weight, career, professional life, and more facts. Well, if your all set, here is what I know.

Blac Youngsta was born on April 8, 1990, in Memphis Tennessee where his parents gave him the name Samuel Benson. He was brought up in a very low-income family where he had been exposed to a crime-ridden neighborhood. At the age of 10, Blac worked at a grocery store to make money to get food later the money was not enough to put food on the table and later survived by stealing food at the grocery store.

Later, Youngsta became a drug dealer, and this landed him in jail for having marijuana and gun in his possession. Blac later took his life seriously after his brother died and started building a music career. Blac released his first single “heavy” which reflected his childhood showing how far he has come. In his song, he raps explaining how he would sleep on the floor so he could take care of his brothers.

In January 2016, Blac was arrested for trying to withdraw a very large sum of money from Wells Fargo bank in Buckhead, Atlanta. He had attempted to withdraw this cash to purchase a new Mercedes-Benz. After the ordeal, his account was closed, and his money moved to the Bank of America.

Blac started working at a very tender age of 10 at a grocery store to take care of his younger brother and be able to put food on the table.

After his younger brother died, Blac took his music career seriously, and in 2014 he released his first single hit “Heavy.” This brought the attention of a fellow artist from his area YoGotti who later invited him to tour with him. Later after the tour, YoGotti decided to sign him with his record label CMG and Epic records.

Blac has released various albums such as “F**K Everybody, “Heavy Camp,” “I’m Innocent,” and “Young and Reckless.” Youngsta often likens himself to a Canadian hip-hop artist Drake.

In 2017 it was later nominated twice as Best Collabo, Duo, or group category and the Best Mixtape respectively also at the BET Awards. In the same year, they were also nominated at the Soul Train Music Awards for the Rhythm&Bars; Awards

As of 2022, Blac Youngsta net worth has been estimated to be over $2.5 million. This has been acquired through the selling of his records and also through the sale of his mixtapes. Youngsta has also made some money through the tours he has taken around the world. Blac is also an artist signed in the Yo Gotti’s Collective Music Group which has helped him earn some cash.

Youngsta, like many celebrities, wants to share his experiences with the world through music. This shows that the willpower that has made him reach this far is only expected to grow. Blac has become a big inspiration to all poor kids in the world.