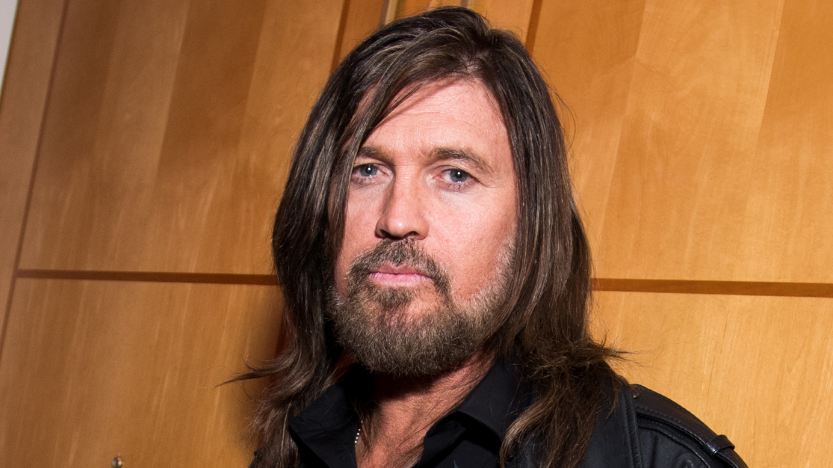 Famous American singer, Billy Ray Cyrus became popular through his single Achy Breaky Heart. He became the first artist to achieve the triple platinum status in Australia through the single which was also translated into more than 100 languages. He also proved himself as a fine actor through the show Doc and co-starred with his daughter Miley Cyrus in the Hannah Montana series.

William was born on 25th August 1961, in Flatwoods, Kentucky, the United States. He was the son of Ron Cyrus, a famous politician and Ruth Ann Casto. As he was raised in a Pentecostal background, he was exposed to bluegrass and gospel music at a young age.

Cyrus started to sing at the age of 4 and was attracted to guitars as his father used to play guitar. He got a scholarship at the Georgetown College through his baseball skills and switched his concentration from baseball to music after attending a concert by Neil Diamond. During the 1980s he was a member of the band named Sly Dog and later signed a contract with the Mercury Nashville records.

Cyrus was first married to Cindy Smith from 1986 to 1991. Cindy co-wrote two songs from Cyrus’ debut album Some Gave All. He was then in a relationship with Kristen Luckey, with whom he has a son Christopher Cody. Cyrus then went on to date actress Leticia “Tish” Cyrus, and the couple had their first daughter Miley Cyrus born in 1992. They got married in December 1993 and later has two more children Braison Chance and Noah Lindsey. He also adopted Leticia’s two children from her previous relationship. The couple has so far filed for divorce twice but rekindled after that.

Initially, Cyrus struggled a lot to achieve a recording contract which made him even to sleep in his neighbor’s car. After facing many hardships, he released his debut album Some Gave All in 1992. The album became a very big hit that went on to create many records in sales and rankings at that time.

It debuted at No.1 in Billboard 200 and Canadian Albums Chart and many other countries. It featured at the number 1 position for 17 consecutive weeks on the Billboard 200 and received a 9 x multi-platinum certification. It also continued to feature in the top 10 list for 43 weeks.

Cyrus has so far released 12 studio albums and 44 singles among which Achy Breaky Heart created many records and was translated to more than 100 languages. Cyrus has also acted in films such as Mulholland Drive, Wish You Were Dead, and The Spy Next Door. He became very familiar in television through the show Doc and the Hannah Montana series in which he co-starred with his daughter Miley Cyrus.

Cyrus has won many awards in his career which include Golden Raspberry Award, Teen Choice Award, MusicRow Award, 6 TNN Country Awards, 2 American Music Awards, and a Billboard Music Award. He was inducted in to the Country Music Hall of Fame in the year 1992.

He owns an 8,299 square feet estate with six bedrooms and seven bathrooms which he purchased in 2007 for $5.8 million. The current price of his estate is said to be around $7 million. Having done many successful albums and acted in some famous films and TV series, his net worth is estimated to be $25 million as of 2021.

From a guy who was worried about his future living inside a car to a legendary musician living in an 8,299 square feet mansion, the life, and growth of Billy are undoubtedly impressive and inspiring.