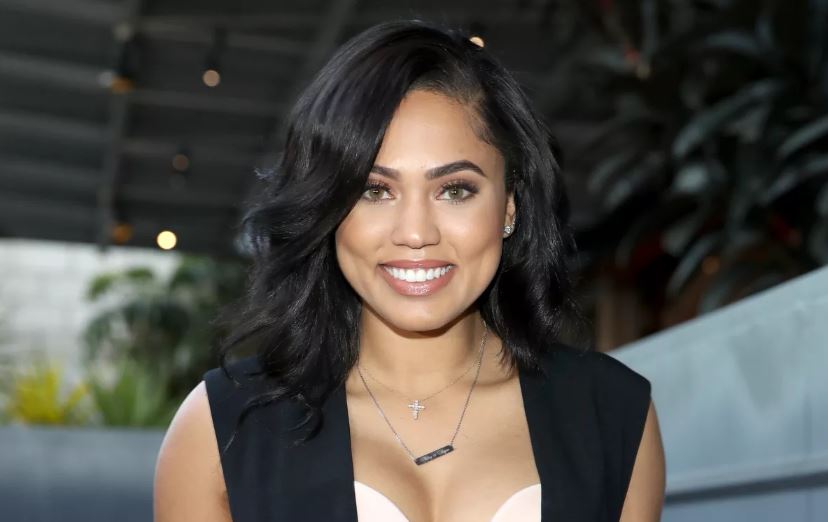 Ayesha Curry is a well-known Canadian-American actress and television personality. She is also a celebrity cook and author of the cookbook “The Seasoned Life” which was published in the year 2016. She hosts her own cooking show “Ayesha’s Homemade” which airs on the Food network.

Ayesha Curry was born on March 23, 1989, in Toronto, Canada to Carol and John Alexander. She has four brothers and sisters Janiece, Chad, Maria, and Jaz. Her father is of mixed Polish and Afro-American descent while her mother is of Chinese and Afro-Jamaican descent. Ayesha spent her childhood days in Toronto, but at the age of 14, she moved to North Carolina. When she was 12 years old, she appeared in the music video of Suga Prince “Too Young for Love”.

She married Stephen Curry who is an NBA player in the year 2011. They first met when both of them were teenagers in a church youth group. The couple has three children including two daughters Ryan Carson, Riley Elizabeth and a son Canon W. Jack.

Ayesha Curry started her career as an actress and appeared in many movies including Underground Street Flippers (2009), Love for Sale (2008) and Dan’s Detour of Life (2008). She also did small guest roles in various television shows.

Ayesha started her culinary career in the year 2014 when her husband encouraged to create her own YouTube channel, “Little Lights of Mine”. Following the success of the YouTube channel, she was approached to start her own cooking show. Hence, in 2016 she launched her cooking television series “Ayesha’s Homemade” which aired on the Food network.

Along with Chef Michael Mina, she published her cookbook “The Seasoned Life” in 2016. Ayesha also hosts the cooking competition television series “The Great American Baking Show” which airs on the ABC network. She has also served as the judge of the reality-based cooking game shows Chopped Junior and Guy’s Grocery Games. In 2014 she also gave the voice for the role of Marie in the movie “The Little Ghost” in 2014.

As of 2022, Ayesha Curry has an estimated net worth of more than $11 million. This huge wealth is the result of her successful career as a television host and celebrity cook. Ayesha is also a businesswoman and under the brand “Little Lights of Mine,” she sells her own extra virgin olive oil. She is also an author and has published several cooking books which have sold thousands of copies all over the world. Ayesha has also done small guest roles in many movies and television shows which also help in increasing her net worth.

Ayesha Curry is one of the most renowned celebrity cooks and television personalities in the world. She is also actively involved with many charities including the “No Kid charity” to whom she donates 10 percent of her brand Little Lights of Mine’s earnings.