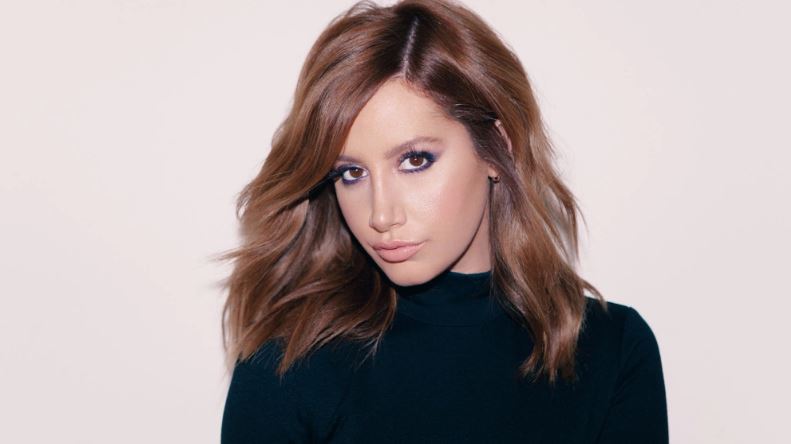 With a blossoming career in both the music and film industry, at quite a young age Ashley Tisdale has managed to bag herself not only a great fan base but also an accumulation of wealth. People with Money magazine recently named her number one on the category of highest paid actresses. With her elevating success, it is clear as day that this talented actress is not slowing down.

Born on 2 July 1985, Ashley Michelle Tisdale is a well celebrated American actress, producer, and singer. She was born in Ocean Township, Monmouth County, New Jersey, the United States to parents Lisa Tisdale and Mike Tisdale. Her father is Christian and her mother Jewish, and in several interviews, Tisdale has revealed that she was raised in ways of both religions.

Tisdale attended Professional Children’s School during her earlier education years and after that joined Valencia High School. She did not go to college and pursued her acting and music career instead.

Ashley Tisdale has been linked with a couple of names in the industry. From 2007-2009 she was involved romantically with Jared Murillo and later Scott Speer who she dated from 2009-2011. Christopher French who is Annie Automatic’s lead singer caught her eye in 2012, and the two started a romantic relationship which led to an engagement in August 2013. They tied the knot in 2014, on September 8 in a private ceremony held in Santa Barbara, California. There is no record of the couple having children.

Her acting career began early in life when she was three years after being discovered by Bill Perlman. Ashley was appearing in more than 100 television advertisement and had featured on some TV and theatre shows. While she may owe her success to Disney, Ashley has made headway through the years, bringing to the table a different character in each of her roles.

Her first highlighting role was in 2004 when she was cast in Disney’s The Suite Life of Zack & Cody as Maddie Fitzpatrick. What saw her film career upswing to success was her next role which she played Sharpay Evans in the television franchise, High School Musical. As a result of her impeccable success, in 2006 Ashley Tisdale signed a record deal with Warner Bros Records.

Headstrong (2007) which was her first debut album received a gold certification from the Recording Industry Association of America. This was just the beginning as two years down the line she released Guilty Pleasure, her second studio album. Her mega-successful hit single to date, however, has been He Said She Said.

She has been nominated for several awards and has managed to win some including the MTV Movie Award in the Breakthrough Performance Female category for her role in High School Musical 3.

From her extensive success in her career life, it is no surprise that Ashley Tisdale’s net worth is estimated to be $12 million as of 2022. A bigger part of her fortune is as a result of the High School Musical franchise. High School Musical earned Disney approximately $1 billion in profits between 2006 & 2007. Ashley Tisdale was reportedly paid $2.8 million for the third part of the franchise.

She also starred on the CW series, Hell Cats, which aired for twenty-two episodes. Ashley is said to have earned a total of at least $660,000 from the series.

Being a producer and CEO of her production company, Blondie Productions, Tisdale brings in huge chunks of money. Her other businesses include a clothing line that she owns with Signorelli where she holds the position of creative director. She also has an illuminate makeup line in partnership with BH Cosmetics. All this have contributed to her now millionaire status.

At only 33 years, Ashley Tisdale is one of the most successful females in the acting and music industry. The multi-talented award-winning actress has a brighter future to come as she continues to works on many more projects.