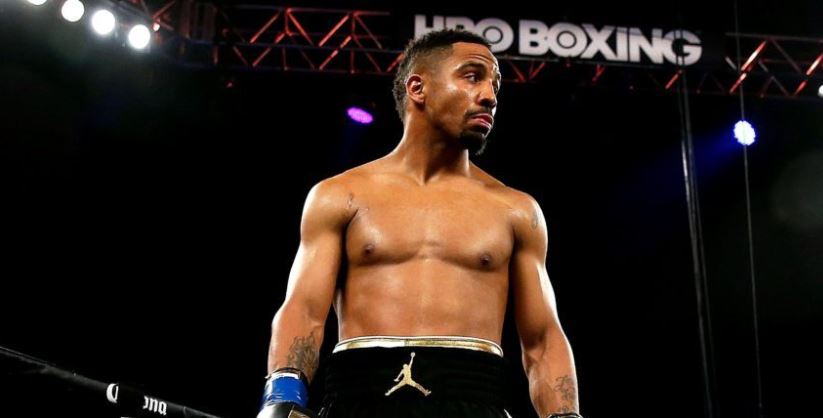 Andre Ward is a former professional boxer from America. He has gone down in history as the boxer who retired undefeated. He held multiple world titles during his time from 2004 to 2017. He was considered to be one of the best during his active career. Andre also won a gold medal in 2004 Olympics.

Perhaps you know a thing or two about Andre Ward, however, how well do you know about him? For instance, how old is he? How about his height and weight, moreover his net worth? In another case, Andre Ward might be a stranger, fortunately for you we have compiled all you need to know about Andre Ward’s biography-wiki, his personal life, today’s net worth as of 2022, his age, height, weight, career, professional life, and more facts. Well, if your all set, here is what I know.

Andre Ward was born on 23rd February in 1984 in California. His father was Irish American, and his mother was African American. His father encouraged him to be a boxer. However, he was looked after by Virgil Hunter who was his trainer when his parents fell to drug abuse. He attended Hayward High School and started his boxing career in 1994.

In 2009, Andre Ward got married to Tiffiney Ward. Tiffiney was his college sweetheart, and they are the parents of Malachi Ward, Micah Ward, Andre Ward, Jr., and Amira Ward. He has been dedicated to the only woman in his life, and their relationship has been going strong for the past many years. He is a devout Christian and regularly visits prisons, youth facilities and schools to engage with people.

As an amateur, Andre Ward started boxing when he was 13 years old. In 2001, he won the U.S. Under 19 National Championship. This was again repeated in 2003 in the middleweight category. In this amateur career, his win-loss record stood at 115-5. It was during this time when he won the gold medal for his country at the 2004 Summer Olympics. Ward made his professional debut in December 2004. In his second fight, he defeated Kenny Kost. This was followed by having a victory over Roy Ashworth. He witnessed his first career knock-out to Darnell Boone in November 2005. Following this, he had six back-to-back victories against various boxers.

In March 2008, he defeated Rubin Williams. In 2009, Ward participated in the Super Six World Boxing Classic. In November of the same year, he defeated Mikkel Kessler and became the WBA super-middleweight champion. He then successfully defended his title against Allan Green. In the semi-final of the tournament, he defeated Arthur Abraham. He met Carl Froch in the final and defeated him to win the Super Six World Boxing Classic tournament. In 2012, Ward defeated Chad Dawson. The following year, the professional boxer faced Edwin Rodríguez and won the match. He was signed to Roc Nation Sports of Jay Z in 2015. In June of the same year, he defeated British boxer, Paul Smith.

In the light heavyweight division, Andre Mark defeated Sullivan Barrera from Cuba at the Oracle Arena. In 2016, he faced Colombia’s Alexander Brand and won the game. In November 2016, he defeated Sergey Kovalev to win the unified IBF, WBA, and WBO light heavyweight championship. He again faced Kovalev for the second time in 2017 and won it. He retired in September 2017 at the age of 33. He has fought in a total of 32 matches and has won all of them. In addition to this, Ward has also appeared in the film ‘Creed’. He will be next seen in the movie ‘Creed II’ which is slated for a November 2018 release.

How much net worth do you expect from a professional boxer who retired undefeated? It is quite surprising to note that his current net worth is $10 million as of 2022. With a career over a decade and with an undefeated streak, the net worth should have been greater, but it is his lavish lifestyle that makes his net worth diminish. He is also into acting now and is a part of Creed franchise.

Andre Ward declared his retirement last year, and he is moving into acting, and his performance in Creed was appreciated. Even though he was never a big-time crowd pulling boxer, he is going to go down as one of the best of his time.