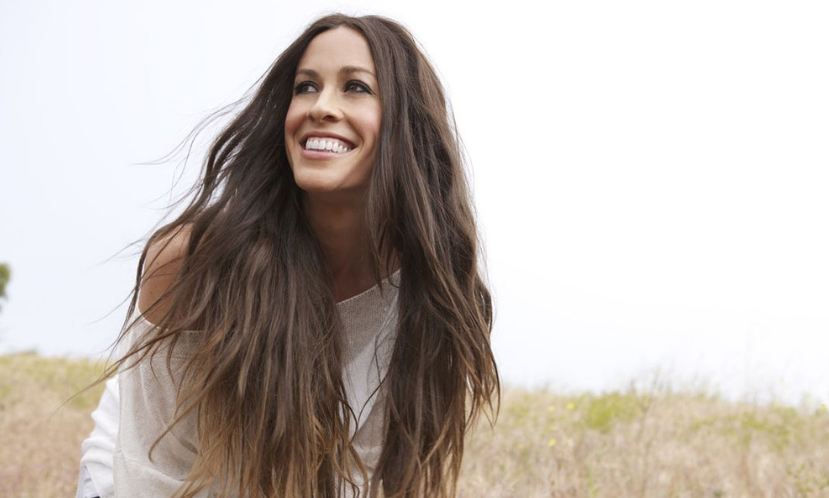 Alanis Morissette was born on 1st June 1974 in Ontario, Canada. Her parents were school teachers, and she has two siblings. In her childhood, she had to travel countries due to her parents’ occupations. Alanis spent three years in Germany before returning to her home country. At the early age of seven, she started to play the piano and joined dancing classes. She attended Immaculata High School, and for high school, she went to Glebe Collegiate Institute.

Alanis become a US citizen in 2005, but she still holds the Canadian citizenship. She suffered from eating disorders in her teens as well as from depression during her 20s. Alanis dated comedian Dave Coulier in the early 1990s. She wrote the song ‘You Oughta Know’ for her ex-boyfriend. Then she started dating Ryan Reynolds shortly after meeting in Drew Barrymore’s birthday party in 2002. They were engaged in 2004, but their engagement ended in 2007. She made the album Flavors of Entanglement out of her remorse after their break-up. She finally married rapper Mario Treadway in 2010, and they have a son and a daughter.

Alanis released her debut album in Canada named ‘Alanis’ in 1991. The album reached the platinum status, and she started to get known as the Debbie Gibson of Canada. Her second album was titled ‘Now Is The time,’ but it was a commercial failure. Then she moved out of her parents’ home and moved to Toronto. Glen Ballard let her use his studio, and she released her first international album named “Jagged Little Pill’.

The true breakthrough came in 1995 when a radio station in Los Angeles started playing her album’s first single “You Oughta Know”. Soon the sales figures of the album started rising exponentially, and it became the second bestselling album by a female artist. It did great in the US, Australia, and the UK. She went to world tours and after three years later when released a new album. Alanis has eight albums to her name and won several awards for them.

Apart from singing, she has been an occasional part of several films and TV series. Her notable roles were in the ‘Sex and the City’, ‘American Dreams’, and ‘Weeds’. Among the awards, she won American Music Awards twice, seven Grammy Awards, one Brit Awards, and 12 Juno Awards. Alanis also has one MTV Europe Music Awards and three MTV VMAs. She was inducted into Canada’s Walk of Fame in 2005.

Alanis Morissette’s Net Worth & Salary in 2022

Can you guess the net worth of one of the most successful and popular American-Canadian singer? She has a net worth of over $55 million as of 2022. Her business manager has admitted stealing nearly $5 million from her. The main source of income has been her albums, and she has sold over 75 million. Her world tours and stage shows have contributed significantly. She also earned a lot for brand endorsements and getting featured in many popular international magazines. She recently sold her house for nearly $5 million in Los Angeles.

Alanis’s new album is set to come out this year. She plans to move back to Canada and hence, sold her home in Los Angeles. She has a few luxurious cars in her collection, and some of them had been showcased in her music videos.