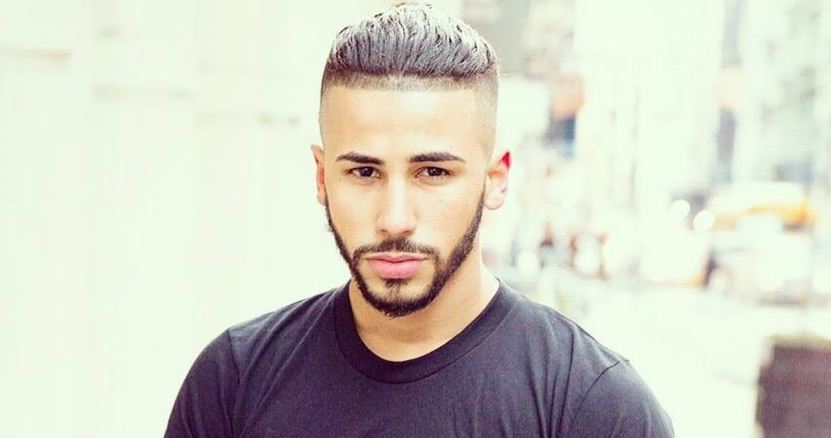 If watching prank videos is your idea of having fun, then Adam Saleh must be high on the list of your favorites. Born to Yemeni parents in Brooklyn, New York, USA on June 4, 1993, Saleh’s rise to stardom has been meteoric. His full name is Adam Mohsin Yehya Saleh. In just six years since he started posting YouTube videos, Saleh has truly become one of the most followed YouTube personalities with over 4.3 million subscribers.

Perhaps you know a thing or two about Adam Saleh, however, how well do you know about him? For instance, how old is he? How about his height and weight, moreover his net worth? In another case, Adam Saleh might be a stranger, fortunately for you we have compiled all you need to know about Adam Saleh’s biography-wiki, his personal life, today’s net worth as of 2021, his age, height, weight, career, professional life, and more facts. Well, if your all set, here is what I know.

He did his early schooling from Central Park East High School. He hoped to become a lawyer one day and studied criminal justice at John Jay College of Criminal Justice, New York, USA. Saleh started making YouTube videos in 2012 with his college buddies Abdullah Ghuman and Sheikh Akbar through his channel “TrueStoryASA”.

He went on to be part of another collaborative channel named “3MH” in association with Karim Metwaly, Sheikh Akbar, and Slim Albaher. “TrueStoryASA” and “3MH” split up in 2015 and since then Saleh has mostly been active as an independent YouTuber and Vlogger. His popularity has transcended into acting roles in films such as “American Sharia”. He has also explored his vocal chords through many singles like “Diamond Girl”, “Tears”, “Waynak”, and “Tsunami” etc.

Saleh first gained prominence by posting a video titled “Racial Profiling Experiment” on YouTube in 2014. He followed that up with other controversial videos involving the incidents experienced in Tigerair and Delta Air Lines flights respectively. Though the veracity of Saleh’s claims remains doubtful, they have, nonetheless, catapulted him into instant stardom and made him a household name for millions of people around the world.

He remains unmarried and likes keeping his personal life away from public glare. As is his wont, Saleh posted a video titled “Meet My Child *Confession*” claiming he had a son called Aiden and that he had been married for the last six years. It was later found to be a hoax.

Adam has posted well over 1500 videos on YouTube with over 400 million views worldwide. Some of his widely followed videos are “Killer Clown Prank Gone Wrong”, “Talking Teddy Bear Prank Gone Wrong”, and “Street Boxing Match! Adam vs Team USA”. His first music single was released in 2015, and since then he has gone on release his first solo single “Tears” in 2016 and his debut album “Chapter II” on Spotify in September 2017.

He is regularly on tours to Europe and the Middle East for reliving his pranks on YouTube. He also owns Winfinity Entertainment, a social media talent firm. He also runs Adam Saleh clothing and merchandise business. His musical career and his astounding success as a YouTube prankster and Vlogger are the main catalysts for his respectable net worth of $3 million as of 2021. Though the figure may seem comparatively modest at this stage, his legion of followers on various social media channels testifies to his already burgeoning popularity and future earning potential.

Adam Saleh is undoubtedly a social media superstar. Being just 25 years of age, the sky is the limit for him. Like his millions of fans, we too wish him all the success in his future endeavors.